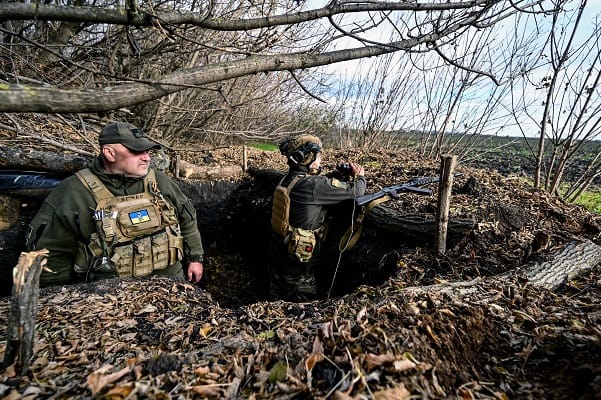 The Kremlin has reportedly “signalled” that they are “willing to negotiate” as they are “particularly” keen to end the war Ukraine.

Following the withdrawal from Kherson the British Ministry of Defence (MoD) said this will bring “significant reputational damage” to Moscow.

In the southern city Russia has lost thousands of troops amid Ukraine’s counteroffensive and has suffered many casualties with huge equipment loses.

The former Russian Prime Minister, Mikhail Kasyanov has said Moscow is beginning to lose the war and the withdrawal of Russian troops from Kharkiv and Kherson is a “demonstration that Putin is losing the war.”

Kasyanov told Sky News, “I think in a few months there will be the final act [of war].”

He continued that it is quite “clear that Putin does not want to stop” and described Putin as a “fanatic.”

Kasyanov warned that the “beginning of the end already started” for the Russian leader.

Former Kremlin politicians and anti-Russian activists are in Poland discussing a coup and also how to “physically eliminate Putin.”

Some people within the group have publicly said that the Russian leader “Should be killed” and lawyer Alexei Baranovsky, said people who have remained loyal to the Russian leader throughout the war should also be killed, Polish newspaper Gazeta Wyborca reported.

Journalist Liz Cookman told Times Radio Russia was hoping to wrap up the invasion, she said, “Both sides, particularly Russia, have signaled that they are willing to negotiate but under certain terms.

“For Ukraine, they know that negotiations will probably mean being forced to give up territory, which they are not willing to do.

“At the moment, there is a lot of hope that they could actually fully win this war.”

Cookman added that the liberation of both Kherson and Kharkiv has been a major boost for Ukrainian forces.

She said, “Certainly it looks a lot more hopeful for Ukraine and it’s a huge boost for morale as winter is setting in.

“Ukraine’s winters are very harsh, they’re very cold – it’s already getting very cold. A lot of cities have scheduled power cuts, and they have some heating cuts, as part of efforts to conserve energy.

“Settlements in the east and some in the south have no gas or electricity at all, so this kind of thing is a huge morale boost for the whole country.”

Former Russian politician Viacheslav Maltsev said that some of the Russian leaders opponents are already in a “guerilla fight” to end the war and described how there could be a revolution across Russia.

Maltsev, said during the meeting in Poland, “The main goal is to physically eliminate Putin.”

Maltsev added that once Putin has been assassinated this would then lead to a civil war, however, it will “not be as bloody as the war in Ukraine.”