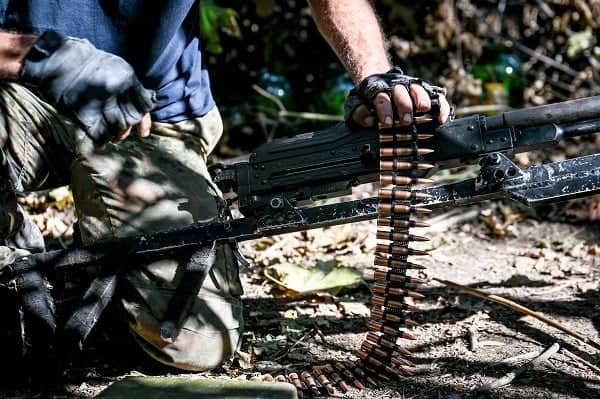 The Russian leader’s position within the Kremlin is in “some jeopardy” because the “oligarchs” know “the truth” but the Russian people are only told what the Kremlin decides to tell them.

Putin’s grip on Moscow is under serious threat amid huge losses in Ukraine with US analysts saying there has been more than 100,000 soldiers killed and Kyiv estimates over 80,000 in nine months.

Putin has long had the reputation of being a “winner” which has now been compromised over the withdrawal of Kherson putting his position in “jeopardy.”

Former national security adviser Sir Mark Lyall-Grant warned the withdrawal from Kherson could speculate doubt within the Kremlin and the elites in Russia over Putin’s leadership.

The British Defence Secretary Ben Wallace has hailed Ukraine’s victory in the strategic port city of Kherson and said that this also “marks another strategic failure” for Vladimir Putin.

The Ministry of Defence (MoD) said that Wallace said Russia has failed to “take any” of their “major objectives, except Kherson,” but this has now fallen back into Kyiv’s control.

Sir Lyall-Grant told Sky News, “Within Russia, the vast majority of the Russian people are only getting one version of the truth, and that is one put out by the Kremlin.

“But, the oligarchs around President Putin will have seen the truth and I think Putin’s reputation as being a hard man and being a winner has certainly taken a huge knock.”

He added, “That puts [Vladimir Putin’s] position of power in some jeopardy in Moscow.”

The British Ministry of Defence (MoD) has warned that there has been “significant reputation damage” to Moscow’s military power over the enormous losses in Kherson.

Sir Lyall-Grant said, “If you look at the relationship between Russia and China, what Russia brought to that relationship was its military power.

“That military power, over the last nine months, has been shown to be something of a paper tiger.

“So, that is very damaging, I think, for some of Russia’s traditional allies.”

The MoD reported, “The withdrawal [from Kherons] is a public recognition of the difficulties faced by Russian forces on the west bank of the Dnipro River.”

The British Defence Secretary said, “Russia’s announced withdrawal from Kherson marks another strategic failure for them. In February, Russia failed to take any of its major objectives except Kherson.

“Now with that also being surrendered, ordinary people of Russia must surely ask themselves ‘what was it all for?.’

“The Russian Army suffered a huge loss of life as a result of their illegal invasion and have only achieved international isolationism and humiliation.”