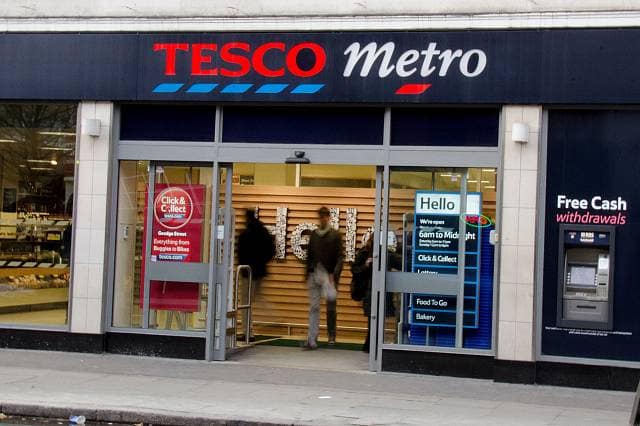 Tesco has announced on Monday that as part of cutbacks of their 153 Metro stores 4,500 jobs will be axed.

The supermarket giant said they have “begun conversations with colleagues about some operational changes to the way we run our Metro stores in the UK.”

The job cuts are in addition to the announcement made in January that up to 9,000 people will be made redundant.

Jason Tarry, chief executive of Tesco said, “In a challenging, evolving retail environment, with increasing cost pressures, we have to continue to review the way we run our stores to ensure we reflect the way our customers are shopping and do so in the most efficient way.

“We do not take any decision which impacts colleagues lightly but have to make sure we remain relevant for customers and operate a sustainable business now and in the future.”

The job cuts are aimed at “simplifying the way we run our Metro stores” including a “leaner management structure.”

Tesco said “Changes in these stores will include a slight reduction in opening hours during quieter trading periods at the start and end of the day and simplifying stock routines.

“There will also be some localised changes in some large stores, which will see us streamlining operational routines, including our processes for moving stock around the store and filling shelves.

“Our priority now is to support affected colleagues, helping find alternative roles within Tesco for as many as possible.

“We expect that these changes will lead to an overall reduction of around 4,500 colleagues.”

Pauline Foulkes, Usdaw national officer said, “Our members at Tesco are shocked and dismayed by yet another round of potential job losses, coming just months after 9,000 staff were put at risk in stores.

“We will be working hard to make sure that any members potentially affected by these proposals are supported at this difficult time and throughout the consultation period.

“This issue is not confined to Tesco, our High Streets are in crisis, with jobs being lost due to shops closing, retailers folding and businesses engaging in significant restructuring to survive.

“We need the government to address the worries and concerns of shop workers and our members.”