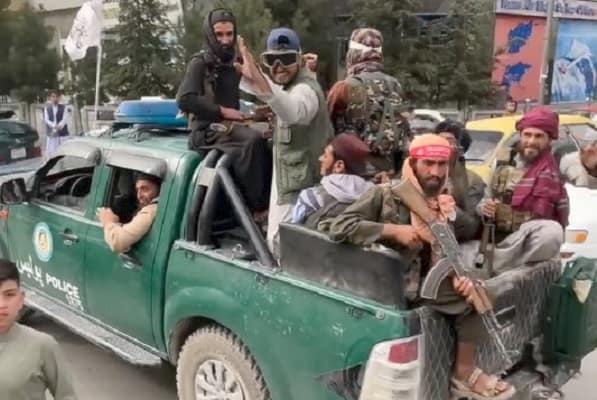 Protestors have raised the Afghan national flag in Jalalabad and lowered the Taliban’s flag which then saw militants open fire killing at least on person with many injured.

According to Reuters at least three people were killen and over a dozen were injured, a former police official said.

This is Asadabad , city the capital of Kunar province. pic.twitter.com/HSohtXK00h

A protestor told CNN even though there was a violent response they will protest again to “prevent the Taliban from desecrating the Afghan flag.”

Journalist Hafizullah Maroof wrote on Twitter that colleagues were “crying in tears” after being beaten up by Taliban fighters.

The southeastern city of Khost has reported multiple deaths and injuries at another demonstration, whilst in other parts of Afghanistan there have been more demonstrations in Asadabad in the Kunar province as people are angry that the Taliban has taken over.

Residents in Jalalabad took down the Taliban flag and replaced it with red, black and green flag. pic.twitter.com/AEQA8gjG3u

“We have pardoned anyone, all those who have fought against us.

“We don’t want to repeat any conflict, any war, again, and we want to do away with the factors for conflict.”