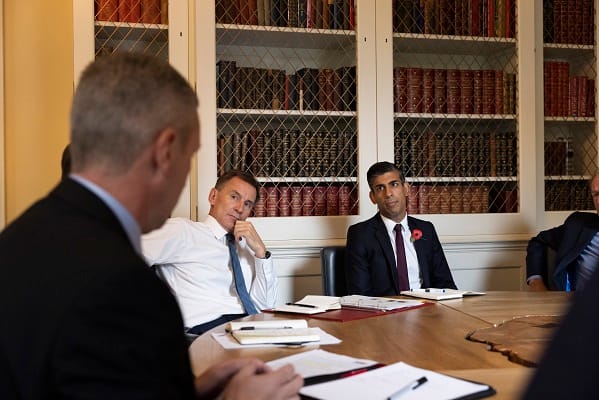 This week there is a train strike affecting millions of commuters and there will be more industrial action in the coming weeks, with nurses, NHS workers, ambulance staff, teachers and much more.

TUC general secretary Paul Nowak has said that the Prime Minister must “step up to the plate” and start to negotiate with union leaders.

Rishi Sunak has been accused by the new TUC chief of using the independent review pay body as a “human shield” instead of allowing Ministers to start talks to end the strikes.

Nowak told Sky News that Sunak must “facilitate those talks” with union representatives and Ministers to allow a “fair settlement on pay” to end the ongoing strike action.

Nowak said, “I think he’s forgotten the value of sitting down and reaching an agreement and taking ideas from people outside his own cabinet.

“And frankly, you know, I think it’d be really good for Rishi Sunak to talk to our unions, but also to talk to some of those frontline paramedics, those physiotherapists, the teachers in classrooms, civil servants, people who, for the last decade, have been placed under real pressures on workloads who feel they are at breaking point.

“Let the prime minister talk to those workers and understand their concerns and their issues.”

The TUC chief said that workers wages are not “going up” but inflation is pushing food and energy prices sky high making it unaffordable for his members to live given the cost of living.

Nowak added, “The government has been using the independent review bodies as a human shield – and I think is in real danger of discrediting those bodies.

“When those bodies met and made their recommendations, we didn’t have inflation running at 10%/11%.

“So listen, let’s not hide behind the pay review bodies. What we need is the government to sit around the table with our unions and reach an agreement.”