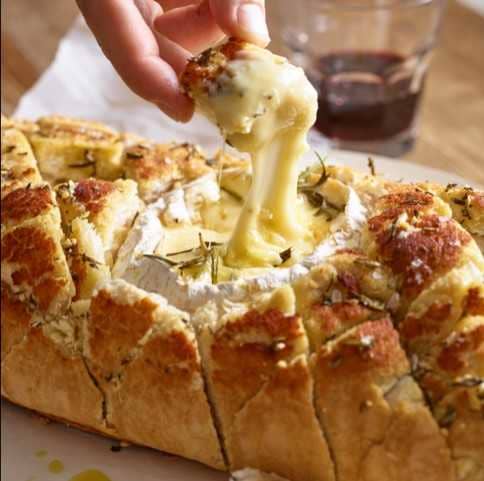 Millions of people around the world can’t get enough of Facebook recipe channel Twisted’s deliciously decadent foodie videos. Now, fans have even more to salivate over as it plans to launch a London-based delivery-only restaurant during London Food Tech Week.

Jungle Creations will be opening the doors of ‘Twisted London’ as part of the jam-packed London Food Tech Week program of events. Attendees will be part of something very special as this is the first time a Facebook channel has ever launched its own restaurant.

Twisted was founded in March 2016 and has so far amassed a cult following of nearly eight million food lovers on Facebook and Instagram, with its videos achieving over 200 million global views per month.

It is known for its recipe videos that are filmed from a bird’s eye perspective and posted on its social channels, with many of its most quirky creations, like ‘Camembert Hedgehog Bread’ and ‘Sushi Burgers’, becoming viral internet sensations.

The menu for Twisted London will be revealed shortly – but foodies can expect the same high quality ingredients within new and original dishes, including a vegan offering, that reflect the adventurous spirit of Twisted.

Jamie Bolding, Founder and CEO at Jungle Creations, is going to be revealing more about this venture during his talk at London Food Tech Week on Thursday, 2 November, The Future is Social.

Bolding said: “Twisted has been an incredible success since its launch just over a year ago. There’s still a huge appetite for the online recipe videos so we won’t be slowing down there but we really want to expand the Twisted brand to real life experiences.

“Twisted London is a natural extension of our offering and provides our followers with the best user experience imaginable. Watch the video, click order, and the meal arrives piping hot to your door within 30 minutes. We are extremely excited about this project and have built out a standalone experienced team to run the operation.”

Nadia El Hadery, Founder and CEO at YFood, which organises London Food Tech Week, commented: “Twisted started a real trend for birds’ eye view recipe videos that are edgy and decadent. We’re delighted to see the brand evolve and are very proud to be hosting their launch to the very audiences that were early adopters to their brand, at London Food Tech Week.”