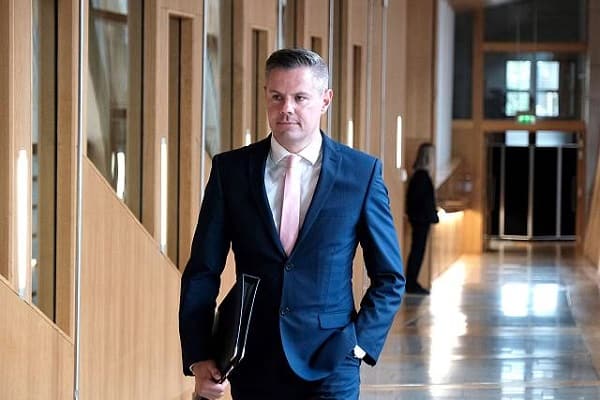 Scottish police have spoken to a 16-year old boy who received hundreds of messages from Scotland’s former finance secretary, Derek Mackay who was forced to resign.

Police Scotland said there have not received any “complaint of criminality” but, they are “assessing available information” and have appealed for others who have information to come forward.

The boy told The Scottish Sun newspaper that he “was happy to speak to the police and will tell them everything that happened.

“I didn’t think what he was doing was a crime, but I knew it was wrong and should be highlighted.”

Jackson Carlaw the Scottish Conservative leader said on Thursday, that Mackay’s behaviour could “constitute the grooming of a young individual.”

Whilst Richard Leonard the Scottish Labour leader said the finance minister’s actions amount to “an abuse of power” and “nothing short of predatory.”

A police spokeswoman said, “We have not received any complaint of criminality, however we are currently assessing available information.

“We would encourage anyone with information to please come forward.

“Police Scotland will always listen to anyone who wishes to seek advice or formally report a matter to us.”

On Thursday Mackay was forced to quit just hour before he was due to deliver his budget for 2020 and 2021.

The Scottish newspaper reported the 42-year old politician made contact with the young boy “out of the blue” in August 2019.

Mackay said in a statement released on Thursday morning, “I take full responsibility for my actions.

“I have behaved foolishly and I am truly sorry. I apologise unreservedly to the individual involved and his family.

“I spoke last night with the first minister and tendered my resignation with immediate effect.

“Serving in government has been a huge privilege and I am sorry to have let colleagues and supporters down.”