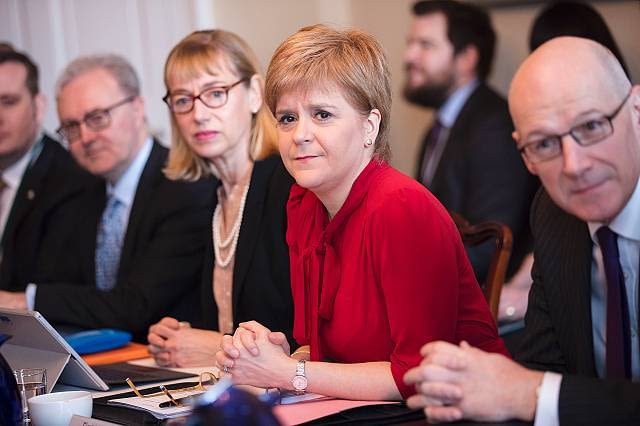 Scotland’s first minister Nicola Sturgeon has announced that mass gatherings of more than 500 people are to be cancelled.

At First Minister’s Questions in Holyrood, she said it is “inappropriate that we continue as normal” and is therefore recommending that a ban on mass gathering to be cancelled to protect front line services.

Sturgeon explain the reasons behind the advice to cancel mass gatherings, she said, “This is a decision that we are basing on resilience issues and not simply on the action that we are required to take to reduce the spread of the virus.”

Speaking ahead of a Cobra meeting with other UK leaders, Sturgeon said, “Mass gatherings are required to be policed, they require to have emergency ambulance cover, they require the services of our voluntary health services, and at a time when we need to be reducing the pressures on these front-line workers in order to free them up on the significant challenge that lies ahead, I do think it is inappropriate that we continue as normal.

“That is principally to protect the resilience of our front-line workers and we will continue to take decisions in collaboration with the other nations of the UK around issues like schools in the future – but driven very much by the scientific advice.”

The first minister added, “Our emergency services, like all parts of our workforce, are likely to suffer from higher than normal sickness absence rates in the weeks and months ahead and our NHS in particular will be under significant pressure.

“So, it’s important that we protect that resilience as much as possible and reduce any unnecessary burden on these front-line workers at this stage.”

“That underlines the seriousness of the situation we are all facing.”

The Irish prime minister has announced that all schools, colleges and other public facilities are to close in the Republic of Ireland.

Leo Varadkar made a live statement to the nation from Washington DC, where he is due to meet President Donald Trump, he said the emergency measures will take place from 18:00 on Thursday until the 29 March.