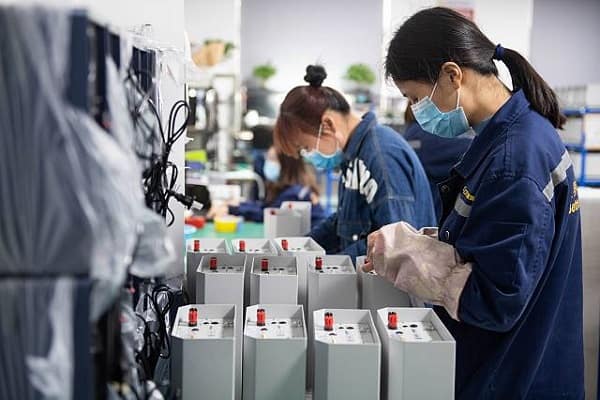 Streeck said, “Almost all infected people we interviewed, and this applies to a good two thirds, described a loss of smell and taste lasting several days.

“It goes so far that a mother could not smell the full diaper of her child. Others could no longer smell their shampoo, and food began to taste bland.

“We cannot yet tell exactly when these symptoms will appear, but we believe a little later in the infection. Diarrhoea also occurred in our infected people in 30% of the cases, which is more common than previously thought.”

He said that German health officials are expecting the coronavirus crisis to last for up to two years and also spoke of Italy’s high mortality rate.

The virologist said, “I’m not surprised at all. Because in Italy only the very difficult symptomatic cases were tested.

“The current study from Shenzhen, for example, also found that children get infected by the pathogen as often as adults, but they develop only mild or no symptoms.

“If one follows the study and assumes that 91% of Covid-19 only experience mild or moderate symptoms, the Italians initially focused only on the remaining nine percent.

“In addition, the dead are also subsequently tested on Sars-CoV-2 there.

“In China, too, the number of deaths rose sharply at the beginning, but not the number of infections, because they also focused on the dead.

“Now it’s the other way around because there is a lot more testing in China.”

The World Health Organization (WHO) have confirmed the first trials for the coronavirus vaccine have started after just two months.

The WHO said, “The first vaccine trial has begun, just 60 days after the genetic sequence of the coronavirus was shared.

“This is an incredible achievement.