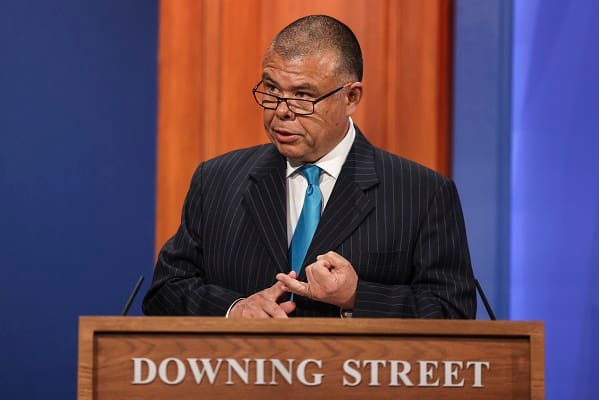 A Professor who advises the government has warned on Thursday that the UK could be at the start of a third wave as the Indian variant has “just got faster.”

Public Health England (PHE) warned on Thursday that there is a “rapid rise” in the Indian variant in the North of England.

Professor Andrew Hayward, who is a member of the Scientific Advisory Group for Emergencies (SAGE) and infectious diseases expert at University College London, gave a grim warning that he is “very concerned” the Indian variant is spreading so quickly.

Speaking to the BBC he said, “That really brings it back down to this race against the vaccine and the virus, except the virus just got faster.

The BBC asked him if the UK was at the start of the third wave, the Professor said, “I think so. I think what we can see is that this strain can circulate very effectively, although it was originally imported through travel to India, it’s spread fairly effectively first of all within households and now more broadly within communities, so I don’t really see why it wouldn’t continue to spread in other parts of the country.

“Obviously we’re doing everything we can to contain the spread of that, but it’s likely that more generalised measures may start to be needed to control it.”

He added, “Fortunately we’ve had a good proportion of the population vaccinated, but there’s still people who aren’t vaccinated in high-risk groups, the vaccine isn’t 100%, effective, and also even in the younger groups if you get many, many thousands or hundreds of thousands of cases, then you will expect a lot of hospitalisations and deaths to result from that.

“So that’s the threat.

“And it’s really over the next week or two we will see how much these outbreaks that at the moment are relatively localised, how much they become generalised across the population.

“And if that happens, that’s when we’re going to be much more worried.”

Professor Hayward said he favour’s restrictions on travel to stop variants being imported back in the UK “because there is mixing involved in travelling both on aeroplanes, in airports, and of course in the country where you go to.”