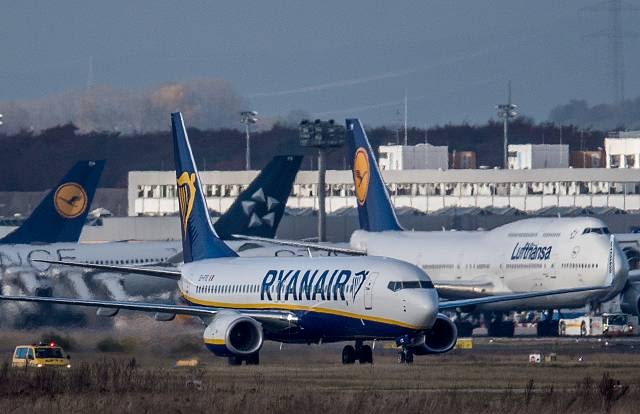 Strike-hit Ryanair has threatened to cut 300 pilots and cabin crew jobs, and also announced plans to cut its Dublin-based fleet by 20 per cent for the winter season.

Chief operating officer Peter Bellew added: “We regret these base aircraft reductions at Dublin for winter 2018, but the board has decided to allocate more aircraft to those markets where we are enjoying strong growth (such as Poland).

“This will result in some aircraft reductions and job cuts in country markets where business has weakened, or forward bookings are being damaged by rolling strikes by Irish pilots.”

The Irish carrier has issued a 90-day redundancy consultation notice to 100 pilots and over 200 cabin crew, whose services will no longer be required from 28 October.

Cabin crew in Italy, Spain, Portugal, and Belgium went on strike today, and around a quarter of Ryanair’s Dublin-based pilots carried out their third 24-hour stoppage in the space of two weeks yesterday.

[…] Find More on on that Topic: londonlovesbusiness.com/ryanair-warns-of-300-job-cuts-and-dublin-fleet-overhaul/ […]