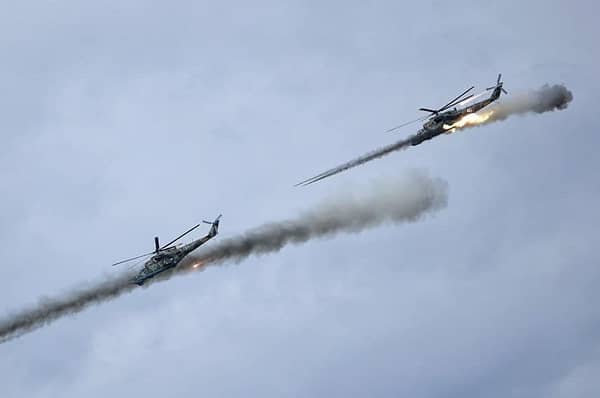 Venediktova said in a video message on her Facebook page on Sunday, “Citizens of Russia, if you do not stop this war, you are accomplices and accomplices in the most serious war crimes, crimes against peace and humanity, unleashing and waging an aggressive war, massacres of civilians, the use of weapons of mass destruction and weapons prohibited by international law.

The prosecutor general said that on Saturday evening, saboteurs shot a family with three children in Kyiv – the parents and one of the daughters, who studied in the 4th grade, died, in Kherson region, Russian troops fired on an ambulance with a wounded – the driver and the patient burned down.

“Your missiles hit residential areas and settlements. Children, the elderly and women are killed and seriously injured.

“The Russian Armed Forces systematically demonstrate a disdain for the rules of the warfare, they constantly attack civilian infrastructure facilities that are under protection of international humanitarian law,” Venediktova said.

She said that Russian troops had launched hundreds of cruise and ballistic missile strikes across the civilian population.

The prosecutor general said dozens of strikes were deliberately aimed at kindergartens, schools and hospitals.

“Tonight alone, the invader troops of the Russian Federation attacked civilian and critical infrastructure facilities, including: an oil depot in Vasylkiv, a gas pipeline in Kharkiv, a nuclear waste disposal site in Kyiv.

“All these facilities were not legitimate military targets from the point of view of international humanitarian law. From strikes on these objects, the civilian population suffers first of all,” the prosecutor general said.

She said: “We are on our own land. In our own country. And you were not invited. And they did nothing to make a dirty Russian tank come. Our nation is sewn together and gets stronger. And we will win! You have no chance. We will win anyway. Because we have the truth.”

Addressing the President of the Russian Federation, Venediktova said, “Citizen Putin. Usually I don’t give names and respect the presumption of innocence. But not in your case.

“We will prove in a fair court that you are a murderer and the main war criminal of the 21st century.

“ I, as the Prosecutor General of the sovereign state of Ukraine within its own borders, not yours, officially declare this to you. As a possible future chief state prosecutor in an international court. The time will come and we will tell you in the Hague to your face.”

Boris was the ‘first leader to face Kyiv rocket fire’...