Home Business News Russia orders ‘the fastest possible evacuation’ of ‘60,000’ residents in Kherson who are warned to ‘take my words seriously’ 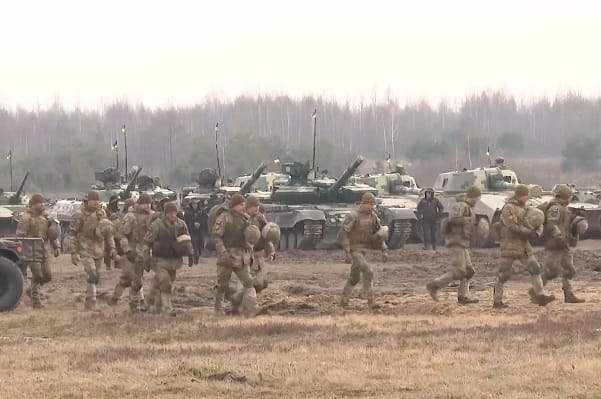 Russia has ordered the “evacuation” of “60,000” residents in the city of Kherson and the Russian backed deputy administrator warned the population to “take my words seriously.”

Kherson was the first city to fall to Russia and is vitally and strategically important to both sides which could see Vladimir Putin order a very harsh strike on the region.

Last week Putin issued yet another threat last week and he warned the door is open for a “massive attack” and he has previsouly threatened the use of nuclear weapons if any of the annexed regions such as Kherson are threatened.

Kirill Stremousov, the Russian-backed deputy administrator for the region, said on Tuesday night, Ukrainian forces “will shortly begin an offensive against the city of Kherson.”

He warned on Telegram, “I ask you to take my words seriously and take them to mean: the fastest possible evacuation.”

He added, “In the very near future, the battle for Kherson will begin.”

On Wednesday morning Stremousov again stressed to residents, “Move as fast as possible, please, to the left bank.”

Ukrainian forces have been advancing south along the Dnipro River in their counteroffensive pushing back Russian troops.

Vladimir Saldo, the Kherson region’s Russian-appointed governor, also told residents who live in the West Bank of Dnipro are most at risk.

Saldo said to evacuate the Black Sea port city will take six days and they will relocate Ukrainians to Russia, he added, that around 60,000 residents will be “evacuated.”

Speaking to state TV Russian General Sergey Surovikin said, the “Russian army will above all ensure the safe evacuation of the population.”

On Tuesday the Kremlin has warned that the annexed regions in Ukraine are “inalienable” parts of the Russian Federation and they are all “protected” with nuclear weapons.

The Kremlin’s spokesman Dmitry Peskov warned, “All these territories are inalienable parts of the Russian Federation and they are all protected.

Peskov was asked over Russia conducting their own nuclear drills, Peskov said, “There is an established system of notifications to inform about the conduct of exercises, and this is carried out through the channels of the Ministry of Defence.”