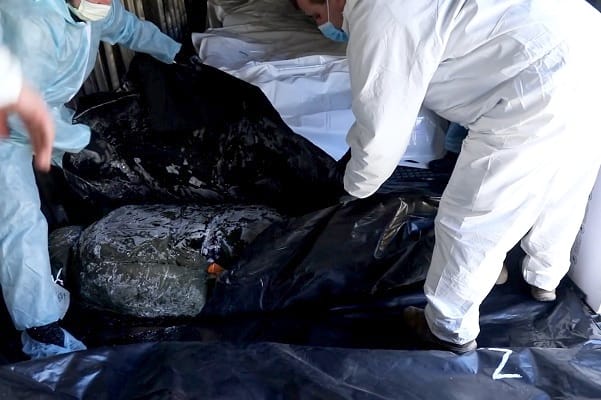 A Russian unit has had 200 soldiers annihilated in a horrific bloodbath as fierce fighting is seen near to Donetsk in the Donbas.

The Russian Army has suffered “irrecoverable losses” as the war is now entering it’s ninth month and a source from the Russian Federal Security Bureau (FSB) told iStories that they have now lost more than 90,000 soldiers in Ukraine.

The Russian soldiers were drafted from the Buryat Republic in eastern Siberia and Vladimir Putin has literally sent them to their deaths on 13 September.

The soldiers had no prior training or the proper equipment required to fight with a high mortality rate of more than 50% of seriously wounded troops.

Putin’s injured troops in the killing fields of Ukraine are being left to die of their horrific injuries because there is no proper medical training or proper battlefield medical equipment and medicines.

According to the Institute for the Study of War (ISW) they warned that Russian forces are facing a “major operational defeat” in Ukraine.

In Kherson there are so many dead Russian soldiers there is a “swimming pool” filled with “formaldehyde” which is being used as an “identification centre.”

“On September 26, this battalion was defeated near Donetsk.

“Only those bodies that were identified were delivered to Buryatia.”

“Local workers claim they have lost count and there can even be found casualties from Kherson battle in March.”