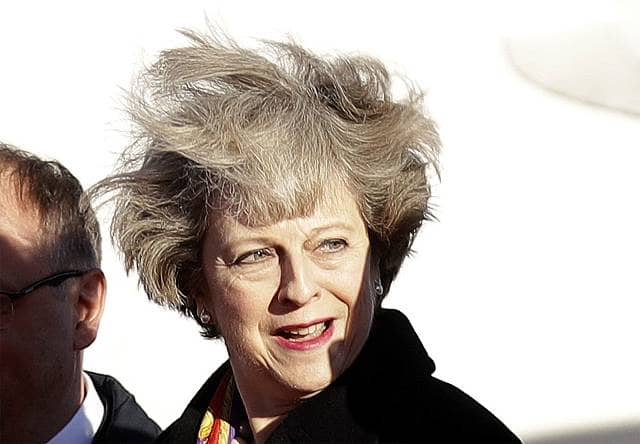 PMQs: Theresa May and Jeremy Corbyn clash at last session before summer break

Theresa May and Jeremy Corbyn clashed over standards of living and low pay at the final Prime Ministers Questions before the summer break.

Corbyn questioned the Prime Minister over comments, reportedly made by Chancellor Philip Hammond at a private cabinet meeting that public service workers were ‘overpaid’, that were leaked earlier this week.

He told of the low salaries that public sector workers received and highlighted a letter he had received from a woman whose sister in law had ‘sacrificed her herself for the caring of others’ and had a pay freeze for five years.

He added that since the government had been in power, under May, the country has seen a fall in wages and income.

May said she valued the public services and the ‘excellent’ work that they do and recognises the ‘sacrifices’ that they make, but that these sacrifices had to be made because ‘we had to deal with the biggest deficit of our peace time history.’

She accused the opposition leader of making promises to increase wages without actually being able to pay for it, “The difference is on this side of the house we know we have to pay for them,” she added.

In his reply Corby said: “The Prime Minister doesn’t seem to have any problem paying for DUP support.” A dig at the package with the Democratic Unionist Party’s that secured May’s minority government.

This prompted Corbyn to ask May to take a ‘reality check’ as he said low pay was holding people back, forcing more people into poverty and was a “threat to an already weakening economy.”

After an extraordinary year in Parliament that saw the triggering of Article 50, the start of the negotiations for Britain to leave the EU and a general election the Prime Minister will no doubt welcome the break.

But after a disastrous general election result that weakened her position May is likely to try and use the break reassert her authority, although it would seem that Corbyn goes into it in a stronger position.