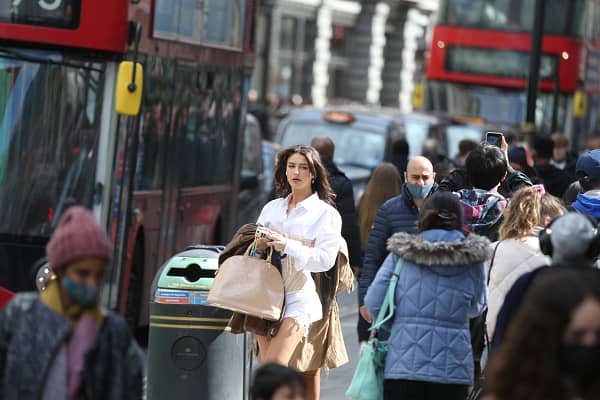 Responding to rule changes regarding self-isolation for those who have had two Covid-19 vaccines taking effect in England today, Federation of Small Businesses (FSB) National Chair Mike Cherry said, “These rule changes will come as a huge relief to small businesses which have lost badly-needed trade through forced closures or restricted operations following the pinging of staff.

“Smaller firms were especially exposed to pings. Take the example of three or four people running a specialist shop: a customer visits who later tests positive – that almost certainly meant shutting down for the isolation period, even if all staff were fully vaccinated and testing negative.

“Two or three people having to self-isolate might not be noticed at a big corporation but, for a small business, it could have easily made opening impossible. Sole traders were especially vulnerable.

“Small businesses, from hairdressers, to cafes, building sites, convenience stores, and restaurants, are often in-person businesses, and so more likely to be impacted by the pingdemic.

“The exemptions for certain sectors were of little help to smaller firms, due to the complexity of the system and the arbitrary distinctions between sectors deemed ‘essential’, which didn’t consider the whole supply chain.

“With the easing of self-isolation requirements, a well-functioning testing system becomes all the more crucial. The Government should reconsider its decision to stop sending free workplace testing kits to small businesses.

“We’ve always said that alongside an ambitious vaccination programme, on-site testing and safety measures would be fundamental to a sustainable reopening of the economy.”