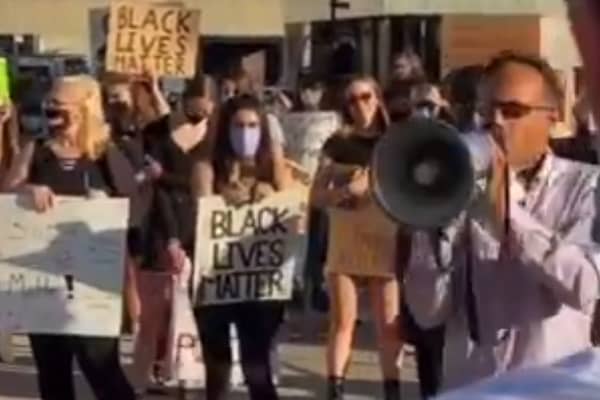 Black Lives Matter protestors are demanding that “filthy” Sir Winston Churchill’s statue is toppled which has sparked anger and outrage.

At a BLM rally in Toronto, Canada a speaker tore pieces into the British Empires legacy and have demanded that protestors topple Sir Winston Churchill’s statue in Canada.

The speaker said in a furious speech through a megaphone that the statue is “vile, vile, vile monument.”

He said, “The British Empire was nothing but rape, genocide, white supremacy, and the promotion of slavery.

He added, “It was not at all a good thing for the majority of the planet and the people who do not happen to have white skin.

“Let us start a campaign to take down racist monuments like that filthy one right around the corner.

‘Let’s scream and yell at that horrible statue’. Watch an adult male actually say those words in public. https://t.co/SDw3NgqMtM

In London the Democratic Football Lads Alliance (DFLA) have called on all their members to “defend” London statues and war memorials to protect “our heritage.”

Tommy Robinson has called for counter protests as he accused the police of being “soft handed” at the protests last weekend.