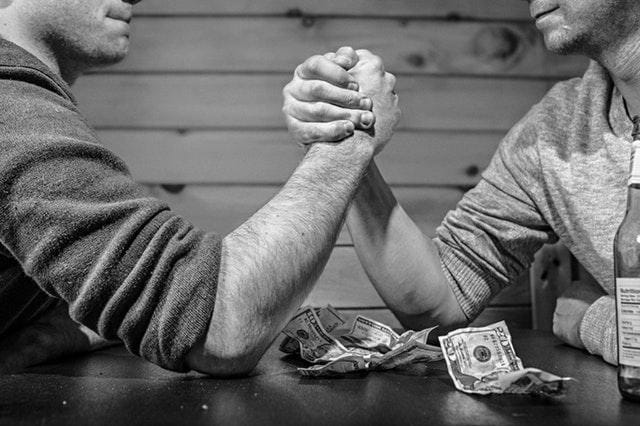 Online betting in the UK is massive and here’s why

In the UK, you can bet on literally everything. The Olympic Games 2020, political elections, the next Miss Universe or even if there will be snow this Chrismas or not. Yes, you read that right – snow! The satisfaction people get from placing bets is really something else in the Kingdom. Besides the traditional betting shops, there’s a vast number of online UK sportsbooks that the public seems to enjoy for a better convenience. So, let’s talk about the business that drives the nation’s hype to watch sports and place bets.

The History of Betting in the UK

Betting exists from the beginning of time. People have bet on anything, even before money was invented. On 1st May 1961 betting shops were legalised in the UK, and from that moment 10,000 of those shops opened within six months.

In 1700, the new sport of horse racing took off between the upper and middle class of Great Britain. Here, betting represented a difficulty and an uncertainty; uncertainty even greater than what betting already is. Bets were simply placed between men under an agreement and there was not much that could be done if someone escaped with the money. From horse racing, betting then spread also to cricket and pub games.

In the 19th century, in response to the view that gambling was having harmful social effects, the first legislative act was formulated in order to help control gambling: the 1845 Gaming Act. The act did not make the bets illegal but tried to discourage the practice of running away with money, where law, until that time, offered no protection. As said, the turning point came in 1961 with the 1960 Betting and Gaming Act.

Focusing on online business, this began first with online casinos from 1994. After that, online bookmakers followed with Intertops ahead in 1996. Needless to say, from that moment on a myriad of new online operators opened up. Before that, 2000 online bets accounted for less than 1% of the gambling market, while now, online bookmakers represent the largest share.

Online Betting in the UK: The Numbers

The UK gambling industry contributes with over £6 billion to the national economy, which corresponds to around 0.5% of the UK GDP. Annually, it pays more or less £750 million in tax revenues and employs more than 100,000 residents of Great Britain.

The UK Gambling Commission has registered that UK online gambling – the so-called “remote sector”, generates around £4.9 billion in revenue each year. And this number is without doubt destined to grow. The market share of the remote betting, bingo, and casino sector represents 35% of the whole industry.

And what about the profile of the bettors? The UK Gambling Commission in its research about the gambling habits of British citizens found that 48% of Britons over the age of 16 placed bets at least once. However, this percentage drops to 33% if the National Lottery is excluded.

One Briton out of 6 – still among those over 16 – played online. With regards to online betting and devices, the laptop is in the first place, with 55% of the bets made. In the second place, we find the PC. The third and fourth place respectively are occupied by smartphones and tablets, with increasing values, of 29% and 21%. The turnover of online betting in the United Kingdom has surpassed itself and it’s only going to keep growing in the future.