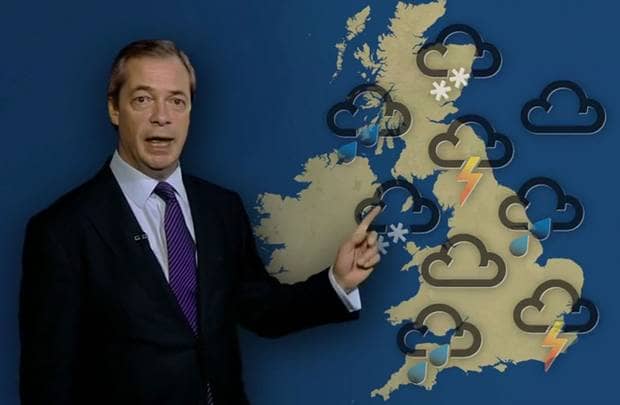 UKIP leader Nigel Farage became a BBC weatherman yesterday to humour the party’s latest booboo: A UKIP councillor claiming the UK has been “beset by storms” because of the passage of the gay marriage bill.

Farage went on to BBC’ Sunday politics Show and said that there had been “outbreaks of sometimes barmy, occasionally extremist views from people of all political persuasions”.

UKIP councillor David Silvester was suspended last week after he paid no heed to the party’s requests of not doing further interviews about his belief.