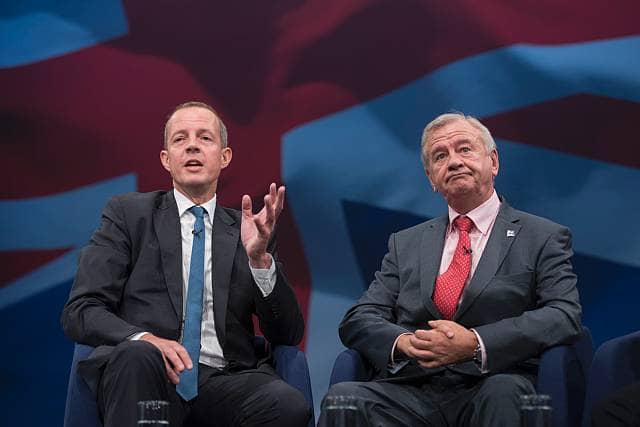 The respected Nick Boles Conservative MP has quit the party, after his efforts to find a solution over the Brexit deadlock were rejected on Monday evening in Parliament.

Boles said last night he is resigning as Tory whip “with immediate effect” as the Tory party “has shown itself to be incapable of compromise.”

Boles said on Twitter, “I am resigning the Conservative whip with immediate effect. The Conservative Party has shown itself to be incapable of compromise so I will sit as an Independent Progressive Conservative.”

Boles had tabled a motion twice for a “Norway plus” plan for the UK’s future with the EU.

He served under the former prime minister David Cameron, in an emotional address to the House of Commons Boles said, “I have given everything to an attempt to find a compromise that can take this country out of the European Union while maintaining our economic strength and our political cohesion.

“I regret therefore to announce I can no longer sit for this party.”

As he gave his shock announcement one MP looked over at Boles and said, “Oh Nick, don’t go, come on,” other MPs applauded him.

Boles motion was defeated by 94 votes in the first round of indicative votes last week, he lost by 21 last night.