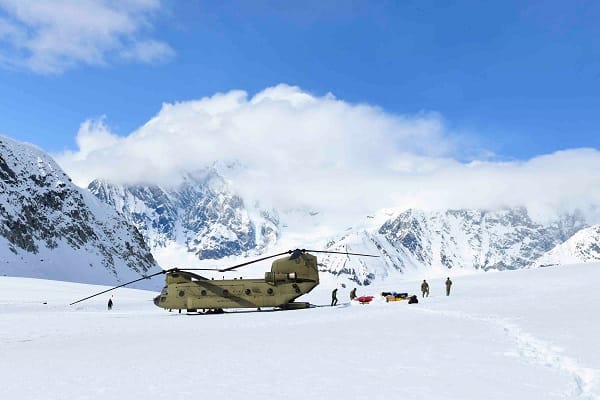 NATO is warning that there is a “significant Russian military buildup” in Arctic and NORAD have now increased their response amid fears of a threat to Canada and the US.

Vladimir Putin is setting up a new Arctic Command in the region and NATO has sounded “the alarm over Russia’s Arctic policy” as the region is a “testbed” for Russia’s “most advanced weapons including hypersonic missiles.”

Putin has reopened “hundreds of new and former Soviet-era Arctic military sites” across the Arctic which poses a potential direct threat to both the US and Canada.

NATO Secretary General Jens Stoltenberg issued the warning saying, “We realise that the importance of the High North is increasing for NATO and for Canada.

“Because we see a significant Russian military build-up, with new bases, new weapons system, and also using the High North as a testbed for their most advanced weapons including hypersonic missiles.”

In response to Stoltenberg’s warning, PhD in International Relations at the University of Oxford Samuel Ramani warned, “NATO sounds the alarm about Russia’s Arctic policy.”

Stoltenberg added, “It has opened hundreds of new and former Soviet-era Arctic military sites, Including airfields and deep-water ports.

“Russia is also using the region as a test-bed for many of its novel weapon systems.

“China is also expanding its reach. It has declared itself a ‘near Arctic’ state, plans to build the world’s largest icebreaker, and is investing tens of billions of dollars in energy, infrastructure, and research projects in the High North.

“Beijing and Moscow have also pledged to intensify practical cooperation in the Arctic.

“This forms part of a deepening strategic partnership that challenges our values and interests.”

Stoltenberg said NATO are now planning on “modernising NORAD” and will introduce “different” military exercises “up in the High North.”

Canadian President Justin Trudeau said, “We are proud members of NATO. We will continue to work with NATO in everything we do and ensure that NORAD is fully equipped to defend North America.

“NORAD is the one place in the world where countries actually share their territorial defence with another country.”