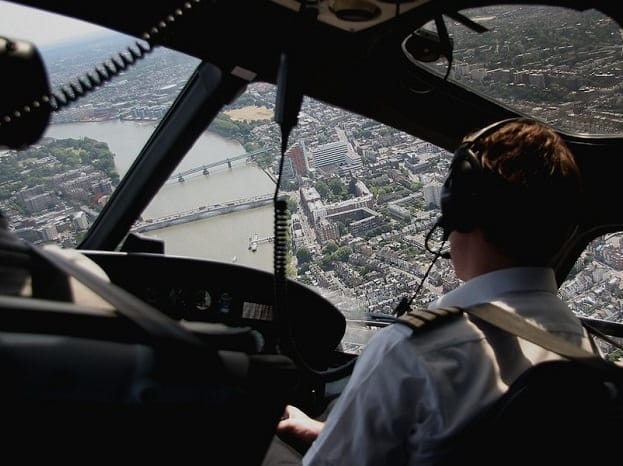 If you thought you needed to scale up the Shard to get the best views of London, think again.

London’s now got its first tourist helicopter sightseeing service which will whizz around passengers some 1,000 feet above the capital.

The firm, The London Helicopter, offers a 20-minute chopper ride touring landmarks like Buckingham Palace, Westminster Abbey, the Tower of London, Wembley Stadium, The Emirates and the former Olympic Park for £200.

However, Neil Constable, from The Globe Theatre, which holds open air perform aces, told the BBC that there should be a cap on the number of choppers hovering over Southbank as it could disrupt performances.

To this, Chris Mann, from The London Helicopter, said “it will operate responsibly”.

Back in January, two people were killed as a helicopter exploded after hitting a crane in Vauxhall.