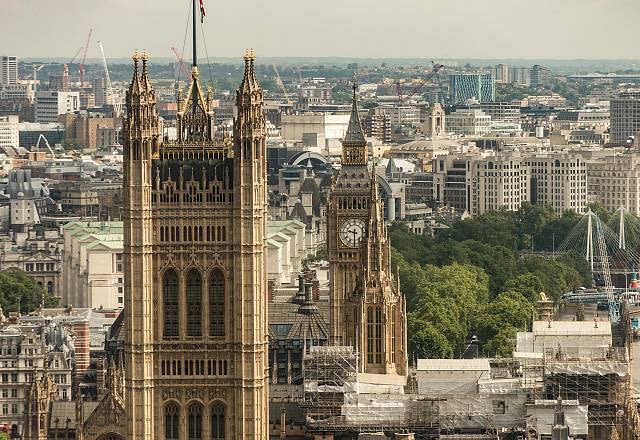 Latest figures released by the Government today on CCA, the “Check Challenge Appeal” Business Rates Appeals System show the massive rise in the last six months in the number of appeals caused by the “Material Change of Circumstance” (MCC)* following the Covid-19 pandemic.

The VOA’s monthly figures show that in England, in the three months to September 30th, 2020 (July, August and September) around 38,960 new checks (the first stage of the process) have been registered. Together with the 144,900 registered in the previous three months, this means 183,860 checks have been registered in the six months since Lockdown began. This is significantly more than the three-year figure announced in the period between 1 April 2017 and 31st March 2020, when a total of 158,930 Checks were registered. And according to Colliers means the VOA has received more than 1000 new appeals per day in last 6 months- an unprecedented rise in numbers.

The new figures published by the VOA show the total number of Checks registered is now a massive 342,760.

The massive increase in the number of appeals started in this six months is because of an increasing number of companies are claiming a Material Change of Circumstance (MCC) as a result of the impact of Covid-19 on their businesses which has impacted all sectors, particularly the office sector. In effect businesses are arguing that rental values have plummeted because of the effect of Covid-19 and as their rateable value should mirror rental values, these need to be adjusted downwards significantly.

“Covid-19 has led to the biggest Material Change of Circumstance the country has seen in rating history and the system has been around for over 400 years.” says John Webber, Head of Business Rates at Colliers International. “You could say we are on a wartime footing- and at the moment there is no end in sight.”

“Businesses are claiming MCC either as a result of the impact of the initial Lockdown and/or on the impact to businesses as they have tried to re-open and then experienced further lockdowns. With social distancing and consumer and worker fears about returning to the shops or offices to work, few businesses in the country are operating on pre-Covid levels. There is no doubt that their circumstances have changed materially. Footfall has reduced massively, and many offices, shops and restaurants remain closed or on reduced capacity – these are all valid reasons to reduce the rating assessments.”

The new figures add even further pressures on a system that was overstretched before the pandemic, and according to Colliers now needs a radical re-think of approach before even more businesses keel over.

Webber believes in advocating a radical approach to deal with the crisis. “We believe most of the MCC appeals will succeed  – Covid 19 has brought about an unprecedented disruption. The trouble is the time lag between a business paying its rates bill now and receiving rebated funds back from the VOA on a successful appeal. This could take a year – and many businesses may simply not be around then.

“We therefore recommend the VOA gives a rates discount now and “cuts out the middleman” – so that businesses pay fair bills they can afford and ultimately would be paying anyway once the appeal rebate is taken into account. This will be essential if businesses are to plan ahead and hopefully work through this crisis.”

Webber added, “The Government and VOA must act now to ease the pain or suffer consequences of continued business closures and job losses. The glacial pace of the normal routine of dealing with appeals has to be set aside or business ratepayers will feel like the Titanic hitting the iceberg while the VOA orchestra is still playing ‘Nearer my God to thee!”