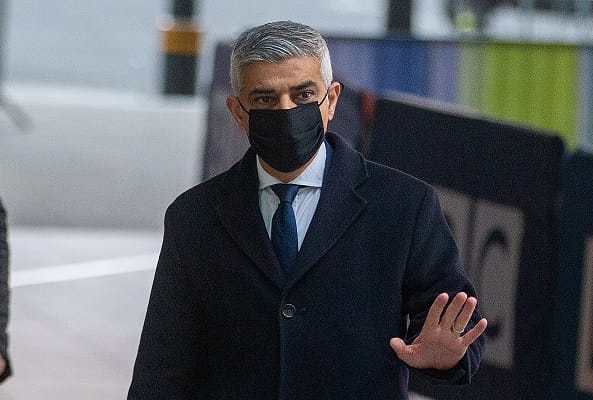 The Mayor of London, Sadiq Khan, has redoubled his commitment to boost tourism in the capital as new data revealed visitors to key London tourist hot spots are still below pre-pandemic levels.

Footfall in the heart of London’s shopping, hospitality and theatre district – the West End – is 16 per cent below pre-pandemic levels (1). While this has increased compared to March last year, the Mayor has pledged today (Tuesday 29 March) to continue working alongside London’s businesses to bring tourists back to the capital.

In a keynote speech at London & Partners’ annual Tourism Means Business conference, Sadiq addressed leaders from across the tourism sector about the power of collaboration and how they can work together to entice domestic and international tourists back to London.

Tourism plays a vital part in London’s social and economic life – it supports as many as one in seven jobs in the capital and contributes almost 12 per cent of London’s GDP. London is the third biggest driver for people visiting the UK and accounted for 53 per cent of the UK’s international visits in 2019.

London visitors go on to spend over £640 million in local economies outside the capital and, prior to the pandemic, 15 per cent of overseas visitors to London came as part of a wider trip to the UK.

The Mayor is doing all he can to support London’s businesses and venues that rely on tourism. From City Hall he has boosted his £6m Let’s Do London domestic tourism campaign with a further £3m. The campaign has brought in an additional £81 million in spending and 330,000 visitors to the capital, and supported thousands of companies and creatives, including many freelancers.

Between May and November last year, the Let’s Do London campaign, which was commissioned by the London Tourism Recovery Board (co-chaired by Bernard Donoghue and Kate Nicholls), helped drive an increase of 33 per cent in weekday daytime footfall and an increase of 43 per cent in weekend evening footfall in key central London locations. The campaign also delivered more than 500 events taking place across the centre of our city

Earlier this month, the Government removed the remaining restrictions on international travel for all passengers arriving in the UK. As part of plans to encourage international visitors back into London, the Mayor has invested £10 million to attract visitors back to London this year. Working with London & Partners, the London Recovery Board and the wider tourism industry, the Mayor will now launch a huge £10m international tourism campaign later this spring.

International visitors to London play a vital role in supporting the city’s tourism industry, as well as hospitality and cultural venues across the city. In 2019, 84 per cent of overnight tourism spend in London came from international visitors, compared to 37 per cent for the rest of Great Britain. These sectors were badly impacted by the pandemic.

This investment comes as London prepares for an exciting array of events this year, including the Queen’s Platinum Jubilee, the opening of ABBA Voyage, the UEFA Euro Women’s finals, the 50th Anniversary of Pride, the brand-new Laver Cup at the O2, the Wimbledon Championships, and the 10th anniversary of the 2012 Olympics. The team at London & Partners continue to bid for more events for the years to come.

The Mayor of London, Sadiq Khan, said, “While it is promising to see more and more people visiting the heart of London, I know that it has been, and continues to be, a difficult time for the tourism sector in the capital, which is used to welcoming people from all over the world.

“I’m committed to doing everything I can to get London back on its feet after the pandemic, and I will continue to work alongside London’s businesses and tourism industry to encourage visitors back to our city. Now that restrictions for travellers coming to the UK have lifted, London is fully open once more, and our new £10m international tourism campaign will help to ensure we retake our place as one of the most visited cities in the world.”