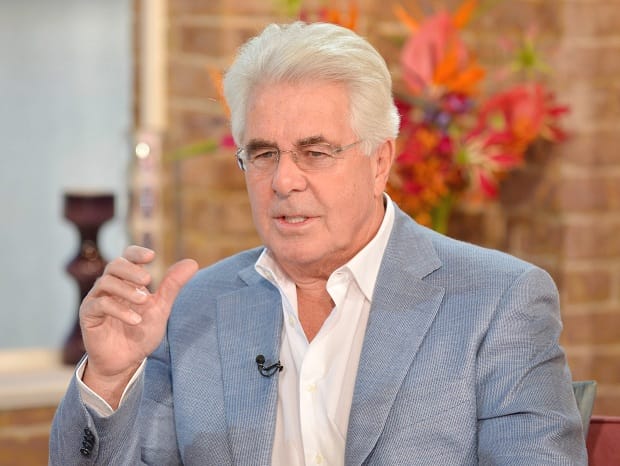 The PR legend tells us what he knows

“I always thought Jimmy Savile was odd. He was a total exhibitionist,” recalls Max Clifford with a sneer. “He was always like ‘Me me me me, look at me! What can I do to get attention?’”

The 69-year-old PR legend has been up to his ears this month with phone calls from friends and clients who’re “frightened to death” of being dragged into the Jimmy Savile controversy and being branded as “paedophiles” by the media.

Back in the days, it was Clifford who exposed seventies pop star Gary Glitter and Jonathan King as paedophiles. He says he was “aware of the Jimmy Savile allegations” when he helped break the Gary Glitter story as Alison Brown who lived with Glitter at the time told Clifford that “Glitter would often talk about Savile after he had a bit to drink.”

“But I certainly didn’t have a clue that it was anything like of what’s emerged,” he says.

Earlier this month, another one of Clifford’s clients from the eighties, Freddie Starr was questioned by the police over underage sex allegations. He’s the pop icon that shot to fame with the “Freddie Starr ate my hamster” headline, all thanks to Clifford.

On November 1, Starr was released on bail and has been re-bailed for a date in December. On November 11, Starr handed a dossier to police that he believes will clear his name.

“I believe Freddie is totally innocent of these [sex abuse] accusations. There’s no way that he’s a Jimmy Savile type.

“But, there were plenty that were, [who] worked around that area,” he warns.

If anyone knows, it’s Clifford.

He’s been in the PR business for over 40 years. He’s represented Muhammad Ali, Frank Sinatra, The Beatles, former-Harrods owner Mohamed al-Fayed, Simon Cowell, Big Brother contestant Jade Goody in the last year of her life amongst others. He always “works on a handshake” and has never signed a contract in his life.

And the handshakes have earned him a lot of credibility and well, money. He lives in a seven-bedroomed mansion in Surrey which has a swimming pool and butlers. His personal ride is a Rolls-Royce with the registration 100MAX while his wife Jo Westwood drives a Bentley. He has other properties including a home in Spain and a 400-year old cottage in Cotswolds. His biggest indulgence, he tells me, is spending money on clothes and he boasts of 100 shirts, a 100 pairs of trousers and 50 jackets in his wardrobe. Yet, back in August, he appeared on Newsnight in a pair of shorts.

Charity’s close to his heart. He’s a patron for a children’s hospice at the Royal Marsden Hospital and is the vice president of The National Centre for Young People with Epilepsy. Last month, he pledged his support to raise £38,000 for Numan Milton-Tomkins, a five-year-old boy suffering from spastic diplegic cerebral palsy since birth.

I meet Clifford at the Max Clifford Associates office in Mayfair. The walls of the office are decorated with framed front pages likes “Branson’s feud with Elton over Diana” and “Robbie’s secret Blonde Angel” and of course “Freddie Starr ate my hamster”.

Dressed in a blue-striped shirt and black trousers, Clifford pops a throat lozenge and says, “I’ve done too many interviews today.”

“For that girl going to I’m a Celebrity… Get Me Out of Here! “

“Nadine Dorries?” I remind him.

“Yes, her. I think it’s highly embarrassing for the Tory Party. The way she talks about David Cameron and George Osborne is very damaging for them. The kind of ‘posh boy’ comment will upset everyone, so she can forget about the Conservative Party.

“But for the show, is a great coup. Because both [Dorries and the show] are getting massive coverage in papers that wouldn’t have much written about them.”

And indeed, newspapers are abuzz with Dorries regarded as the “villain” of the series.

Trendsetter Clifford: Def Leopard wore a ‘Freddie Star ate my Hamster’ top in a concert in the 1980s

Whilst Clifford struggles to recall Dorries’ name, one name he cannot forget is of TV’s Mr Nasty Simon Cowell.

When Cowell came to Clifford ten years ago, he was just an artists and repertoire man at BMG – miles away from being a £225 million music mogul that he is today. Clifford’s PR wizardry bagged Cowell the judge’s seat on Pop Idol, The X Factor, Britain’s Got Talent and American Idol.

Clifford seems quite chuffed with Cowell and puts him on a pedestal.

“Simon’s successful because he speaks with a lot of authority, he knows what he’s talking about. That’s the problem with someone like Gary Barlow, he’s hugely talented but apart from Take That who has Gary Barlow made into a star, who has he recorded? No one!”

But there have been times where all’s not been well in the Clifford-Cowell relationship.

Going by Bower’s history, Clifford was dead against Cowell even speaking to Bower. Cowell ignored the advice, and spoke to Bower after Formula One boss Bernie Ecclestone advised him to do so.

Cowell was quoted in the book saying:

Following the launch, Cowell confessed “hiding under a pillow” for a week and publically apologised to friends and family.

“You see, had Simon not spoken to Bower, then he could’ve said ‘Whatever came out, well’s that what he [Bower] says, I don’t comment, that’s private.’ As opposed to what came out was ‘Simon Cowell reveals this, Simon Cowell reveals that’ which was totally against everything we tried to do for many years. Everyone is entitled to a personal life, it’s definitely if you’re like Katie Price who is flaunting every aspect of her personal life, but Simon always wanted to keep his private life private ”

However, Clifford hints that the biography was somewhat of a calculated move: “I know him well enough to know why he did what he did. I think it was a wrong move.”

Clifford comes across as a publicist who’s far away from being a Yes Man for celebrities, he’s of the ‘My-way-or-the-Highway’ school of thought.

“I never approach anybody, I never pitch for business. I tell my clients, if you want to do this, we do it my way. If you’re not prepared to do that, good luck! Because you’re wasting my time and your money.”

Back in August, when photos of “Prince Harry’s crown jewels” were doing the rounds, Clifford claimed he turned down an offer by two people who wanted to sell the royal’s nude photos.

His reaction to the photos? “That’s nothing, nothing! If a young guy can’t let his hair down at a private party when a few weeks later he’s in Afghanistan. Forget them.”

But there’s a covert YouTube video doing the rounds whic
h shows Clifford talking about Alan Clark, a Tory MP who revealed in his three-volume diary that he had sexual relationships with Valerie Harkness, the wife of a South African judge, and her daughters Josephine and Alison.

I put this to Clifford: “The video is sneak thing, edited together. It was an off-the record conversation. All I said was I have created images for people, that’s part of public relations.

“One of the [Harkness] girls came to me. She made claims, that Alan Clark had sex with her and her sister. Now, I don’t know if it’s true, I certainly didn’t cover it up. She did the interview and everything that she said came out.

“The inference is I was hiding. You come to me and say ‘My dad beat me up’. I arrange an interview, if you can’t prove it, they’re [journalists] not going to write it. I’m not covering it up”

Clifford then defends himself saying that he exposed Gary Glitter and Jonathan King.

“These people [the makers of the video] are trying to do off the back of the Savile stuff, it’s someone being mischievous.”

“But does Max Clifford hide the truth?” I ask him.

“As John Major said, ‘Being economical with the truth.’ You have to look at every situation on its own merit.

“I’d like to think I’m an honest person, I say what I think and I say what I feel. But, if a footballer comes to you [and says], ‘Max, I’m gay, bisexual. I’m petrified it’s going to come out because that will finish my career’ and I know what he’s saying is true because you know the football world and you understand the bigotry and all that.

How to sum up Clifford? Perhaps that he is profoundly moral, but has a nuanced commitment to the truth. Lying to protect a gay footballer who might face appalling abuse on the terraces is in his eyes, entirely permissible. But his record in confronting sex abuse in the show business industry puts the BBC’s record to shame. There is no wiggle-room there.

He (perhaps correctly) assumes that inventing colourful stories for the tabloids is harmless fun. Yet he takes his charitable work extremely seriously.

He clearly has remarkable social intelligence. His record in promoting his stars is outrageously good.

My verdict? You don’t mess with the Clifford.

The interview: Why Martha Lane Fox is still the poster girl for the internet generation

Jon Moulton on Vince Cable, how to rescue failing companies, and that Liam Fox debacle