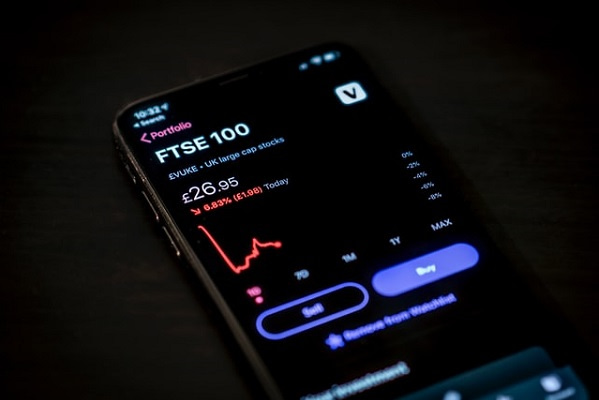 A lot can change in a few weeks on the markets and investor optimism has now turned to pessimism thanks to central banks being stubborn with their monetary policy.

The prospect of further interest rate rises has put equities into reverse and raised the prospect of a deeper recession than previously thought.

Russ Mould, investment director at AJ Bell, said: “US equities have now been on a losing streak for the past seven days, with the Nasdaq falling 6.3% over this period. In Europe, the DAX is down 3.8% over the same timeframe while the FTSE 100 is down 2.5%. So much for the prospect of a Santa rally to put investment portfolios in a better shape ahead of the festive holiday.

“With less than a fortnight to go until the end of the year, it’s hard to see what would change the market mood. Reports suggest Russia is preparing to have another go at seizing Kyiv, central banks have made it perfectly clear that rates will keep going up while inflation remains high, and China’s reopening story is looking flimsy. Reports of a new Covid wave in China means the country’s economic rebound will have to wait until another day.”

There is a growing risk that if the market isn’t prepared to put a fair valuation on a company, then someone will come along and buy it. Increasingly, this someone is either the founder or a former director and that’s exactly what is happening with transport group Xpediator.

“Former chief executive Stephen Blyth has formed a consortium prepared to pay 42p per share to take the business private after the stock was languishing close to the 24p price at which it floated on the stock market in August 2017.

“Since its IPO, Xpediator has made a few acquisitions and seen its pre-tax profit nearly double from £2.4 million to £4.3 million.

“The company would probably argue its operations have survived a pandemic and it is continuing to go places, yet the market seems to have been put off by its status as a very low margin business in an inflationary environment – qualities which many investors do not like at present.”