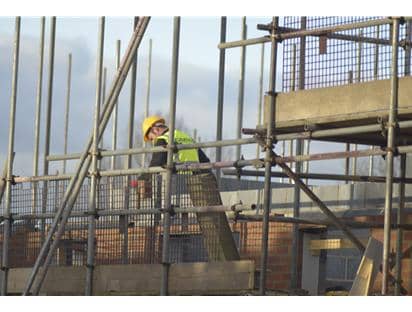 Escalating construction costs in London are set to ease in 2018, as the industry maintains its watch on the terms of Britain’s exit from the European Union.

The Turner & Townsend International Construction Market Survey 2018 from global professional services company Turner & Townsend forecasts that costs will continue to rise in the capital at a rate of 2.8 per cent – 1.1 per centage point lower than in 2017.

Tendering conditions have cooled in the capital, reflecting a development market that remains highly competitive but increasingly measured in its appetite for investment.

Elsewhere in the UK, there are signs that devolution is supporting investment hot spots by driving spending on infrastructure and housing.  A flurry of developer activity in key cities including Manchester and Birmingham – especially on the back of High Speed 2 in Birmingham – is contributing to rising construction costs across both regions.

A key driver behind ongoing inflation across the UK remains persistent capacity constraints, linked to acute skills shortages that ensure workers continue to command a premium.  The survey finds that across the UK, labour costs have increased by 3.1 per cent to an average of £27.90 per hour.

Globally, Turner & Townsend’s International Construction Market Survey forecasts that construction costs will rise 4.3 per cent as economic growth unlocks new projects in key markets – placing pressure on labour and resources. 46 per cent of markets surveyed within the report are shown to be heating up, compared to 33 per cent in 2017.  Warming markets are typically characterised by a large number of projects that are pushing up prices.

Skills shortages have been a major force behind cost escalation.  The five top cities within the report have seen labour rates rocket by 10 per cent in the last year, with New York construction workers commanding an average cost of labour of US$98.30 per hour.  Overall, 58.7 per cent of markets within the survey report a skills shortage, with only three markets – Houston, Muscat and Sao Paolo – reporting a surplus of labour.

The global trend towards higher construction costs has been offset only by Perth, Australia, and Muscat in Oman, where prices fell by one per cent in 2017.  Both cities have continued to see limited investment in new projects on the back of low commodity prices.  However, the 2018 International Construction Market Survey forecasts that the bottom of the market may have been reached in Perth, which is expected to see price inflation return this year. The survey analyses input costs – such as labour and materials – and charts the average construction cost per m2 for commercial and residential projects in 46 markets around the world.  In recognition of the growing importance of Asian markets, the 2018 report includes Shanghai, Jakarta and Ho Chi Minh City for the first time.

Steve McGuckin, Global Head of Client Programmes at Turner & Townsend said that fundamental changes were needed to the UK and global industry model to control costs:

“Global GDP growth of 3.9 per cent is driving a resurgence in construction activity across international markets.  While this uptick will inevitably push up costs, inflation is being exacerbated by skills shortages: put simply, we need to do more work with fewer workers.

“In the UK the skills challenge continues to contribute to cost inflation.  We need to adopt digital tools, modern manufacturing methods and automation if we are to ease the pressure on resources and help attract new talent to our dynamic sector.

“We need a fundamental shake up of the industry model to incentivise this investment, otherwise there is every excuse not to change.  Projects need to be set up to deliver better performance from the construction supply chain – rewarding innovation in methods and materials which ensure better outcomes for the communities we build for.”