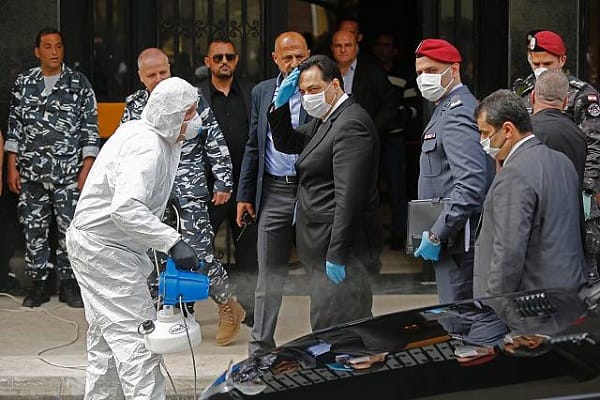 Lebanon’s entire government has stepped down

Following the huge explosion that ripped through Beirut last Tuesday which has claimed the lives of more than 200 people and leaving more than 6,000 wounded tensions rose across Lebanon.

The Lebanese capital has been hit with riots which has seen a police officer killed and many more injured. Lebanon has been plagued with corruption for decades which as result has now seen tensions boil over sparked by the explosion.

On Sunday, the Information Minster Manal Abdel Samad and Environment and Administrative Development Minister Damianos Kattar, who is the Lebanese Prime Ministers, Hassan Diab’s closest confidant in the cabinet.

The Youth and Sports, Telecoms and Displaced Affairs Ministers also announced they will resign, if the Prime Minister does not.

It was confirmed that Najim cited the conduct of the government, and questions Major General Tony Saliba who is the head of State Security over last week’s explosion in the capital.

The Lebanese Cabinet consists of 20 members, and under the constitution the Cabinet is considered resigned should two-thirds of the members resign.

Under the Lebanese constitution the Prime Minister Hassan Diab must now enter the Presidential Palace in Downtown Beirut to “hand over the resignation in the name of all the ministers,” Hassan added.