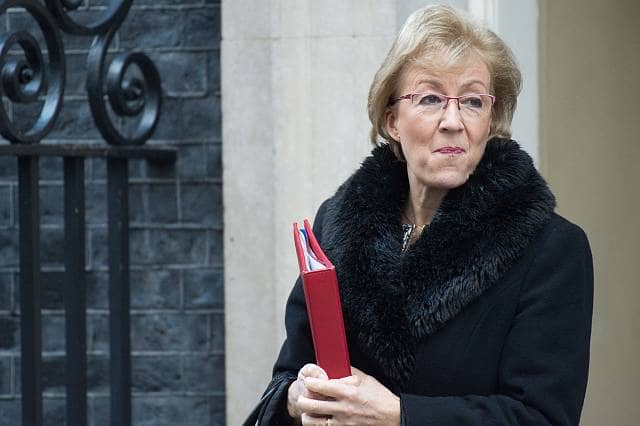 Labours MPs have hit out and accused Tories for finishing Parliament early on Wednesday, so they could attend a black-tie fundraising event.

The Labour MP for Chester asked: “Will the Leader of the House confirm that the only reason for the light business yesterday and the extremely early rising was because she and other ministers had somewhere else to be?

“Most namely going cap in hand to the dodgy Russian oligarchs and City hedge fund billionaires who are now the main source of finance for the Conservative Party.”

Ms Leadsom hit back, saying that Mr Matheson was “denigrating this House”.

However, Andrea Leadsom leader of the house said, “Yesterday we were talking about compensation payments for some people who have suffered from asbestosis and other appalling conditions.

“What the Government seeks to do is provide adequate time for debate. The Government does not then grab members by the scruff of the neck and insist that they speak in that debate.”

Leadsom added, “I also think it is extremely offensive for the Honourable Gentleman to make the assertions that he does.

“And I can absolutely tell him I myself was in a meeting until 7pm last night.”

Diana Johnson Labour MP for Kingston upon Hull North also raised the issue and said she was “disappointed” the House rose early.

Johnson added, “I thought it might be so that some people had to go and get their posh frocks on for the event that has already been raised.

Johnson said she was reassured by Ms Leadsom’s earlier answer however, she called for “sufficient time for members to debate the important issues”, and not just Brexit.

Leadsom replied, “I want to reassure her yesterday’s business was a function of the numbers who wanted to speak in those debates, and certainly not any attempt on behalf of the Government or anyone else to try and finish business early.”