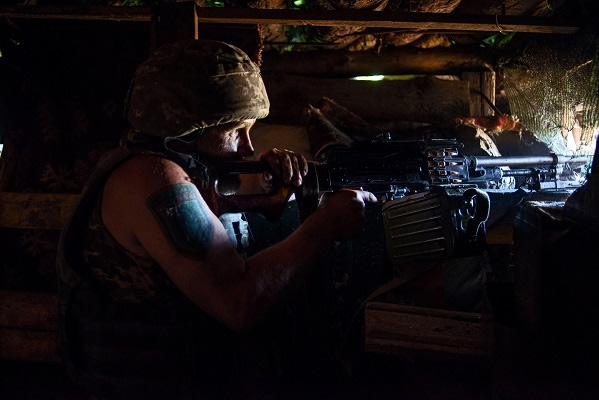 Russian forces have reached the capital Kyiv and gunfire and heavy “rocket strikes” has been heard near to the government district.

The Ukrainian Defence Ministry warned the “enemy” in is the Obolon district in the capital which is five miles from the centre of Kyiv.

The Defence Ministry are telling their citizens to make “Molotov cocktails” and an attempt to “neutralise” Russian troops.

President Volodymyr Zelenskyy said that he is Russia’s number one target and his family are the number two target.

Zelensky announced in a video address that the city of Kyiv had been entered by Russian forces.

He said, “We have information that enemy sabotage groups have entered Kyiv.

“Therefore, I urge Kyiv residents to be careful and follow the curfew rules.”

Ukraine’s foreign minister Dmytro Kuleba said “horrific Russian rocket strikes” have hit Kyiv, he added, “Last time our capital experienced anything like this was in 1941 when it was attacked by Nazi Germany.”

Last night Russian forces tool control of Chernobyl, near Pripyat, around 60 miles from Kyiv. Hostomel military airport which is near to the capital has seen intense combat thus far.

The military airport is a vital site as it will be used to fly in more Russian troops into the country, elsewhere fierce fighting has taken place in Odessa and Kherson in the south, Sumy and Kharkiv in the northeast of Ukraine.