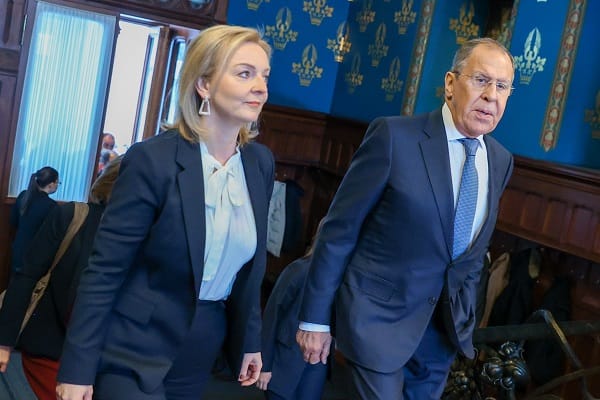 Liz Truss has been called a “disgrace” by the Kremlin and welcome her resignation and said that the Prime Minister will be remembered for her “catastrophic illiteracy.”

The claim of Truss’ “illiteracy” comes after she met with the Russian Foreign Minister Sergei Lavrov at the beginning of the year when she was the Foreign Secretary and was mocked by Russians.

During a press conference Lavrov said, “It seems like we listen but don’t hear. At least, our most detailed explanations fell on unprepared soil.”

“They say Russia is waiting until the ground freezes like a stone so its tanks can easily cross into Ukrainian territory.

“I think the ground was like that today with our British colleagues, from which numerous facts that we produced bounced off.”