Home Business NewsBusiness John Mills says the cure for inequality is reindustrialisation. Do you agree? 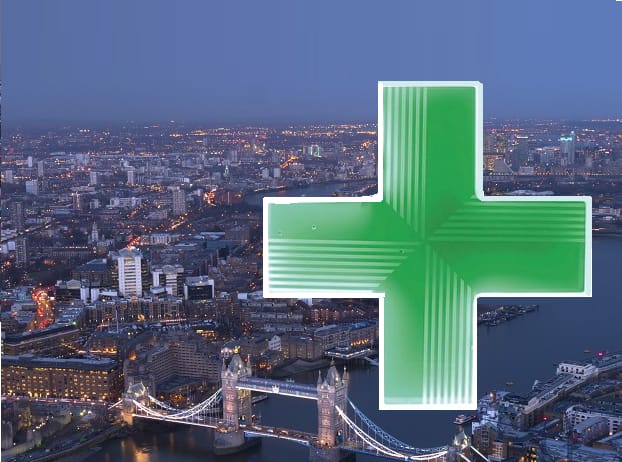 John Mills says the cure for inequality is reindustrialisation. Do you agree?

The founder of JML on fixing London’s wealth gap

I am proud to be a Londoner. I was born in London and I have lived here all my adult life.

For much of this time I have been heavily involved in public affairs. I was an elected councillor in Camden for almost all of the period between 1971 and 2006, except for a short gap in the middle when for most of that time I was the deputy chairman of the London Dockland Development Corporation.

The business which I started in 1986 began life in the basement of my house in Camden and its head office, where I work now, is in Kentish Town.

I have therefore been in a position to see close up how London has changed over the last 50 years – and what a transformation there has been.

Fifty years ago, London was still an important manufacturing centre with the London Docks providing a commercial gateway to the world. The service sector – now so dominant – was much less important.

Living standards were lower but there were many fewer extremes of wealth and poverty than we see nowadays. Housing costs were much lower and people on medium incomes could afford to live near the centre of the city.

The trouble now is that London, although richer than it was half a century ago, is now a much more divided place than it was then – not just income and wealth but on every measure of life chances, particularly on health and longevity.

There are huge contrasts between the affluence of the West End and the poverty to be found in places like Newham.

Is there anything which can be done about these contrasts?

Weaning ourselves off the services sector

I believe there is, and that the proposals contained in my latest the book, titled CALL TO ACTION (co-written with former Labour’s Shadow Cabinet minister Bryan Gould), point the way to a much more balanced economy than we have now – with less inequality as an important component of what needs to change.

London’s problem is that it is far too reliant on the services sector.

Of course services are important to any economy such as ours but not to the exclusion of other forms of economic activity, especially manufacturing.

The problem with services is that they tend to produce a highly skewed income profile, with some people earning fortunes but far too many others in relatively insecure jobs on low pay and working long hours to make ends meet.

Manufacturing is much better at providing high-quality blue collar jobs. It is also far better at producing productivity increases and higher wages.

Of course, the type of manufacturing which we might be able to re-establish in London would not be the same as all that we lost over the last 50 years, but it would not all have to be high-tech.

We need semi-skilled and unskilled jobs as well as those which require high-level qualifications.

Would it be possible to get a reasonable number of these jobs back to London, so that we had a much more balanced economy and a much wider range of good job opportunities?

We believe it could, but to do this London needs to be a much cheaper place to manufacture than it is now.

Would it be possible to make this happen? Yes, it would be if we went back to some of the economic conditions of 50 years ago.

Here is the reason why London has very largely deindustrialised: the rate at which any economy charges out its costs to the rest of the world is determined by the exchange rate.

We let ours double in real terms between the 1970s and the 2000s while, at the same time, China reduced theirs by 75%. Many other countries in the Far East – Malaysia, Thailand, South Korea and Indonesia – followed a similar path.

As a result it became far cheaper to produce more or less anything in the East than in the West.

So what do we need to do to get our fair share of manufacturing back to the UK? We need to get the exchange rate down, probably by about 30% to enable us to compete again across a wide range of industries.

Could it be done? Of course it could, if we had a government which was clear-sighted and determined enough to make it happen.

And if we did, not only would we have a much better balanced and more prosperous economy but we would no longer need to sell swathes of housing to foreign interests every day.

We could afford to build far more houses and flats, which is the only way to get housing costs down.

And we could tell bankers and hedge fund managers that we could manage without them if the salaries and bonuses they wanted were beyond reason.

John Mills is the founder and chairman of JML. He is an economist and regular political commentator, and is also chairman of The Pound Campaign, chairman of the Labour Euro-Safeguards Campaign. and co-chairman of Business for Britain

Uber cabs now outnumber yellow taxis in New York, but the service is banned in Germany. What’s going on?

Here are the funniest eclipse tweets

Oh. My. Gosh. This is what the future looks like for augmented reality. It is INCREDIBLE