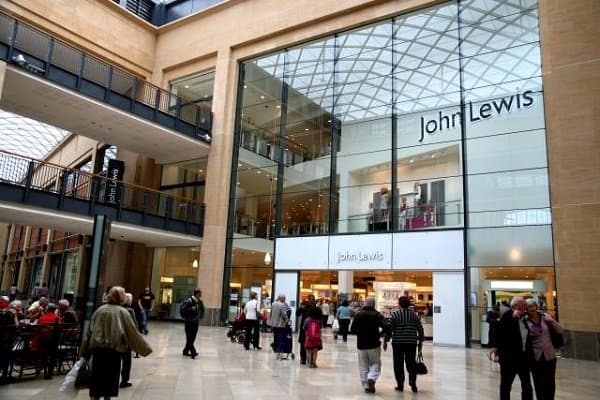 John Lewis has announced that eight of its stores in the UK are to permanently close, putting 1,300 jobs at risk.

The retail chain says it is responding to changing shopping patterns in the pandemic, and to secure its “long-term future”.

The eight stores which won’t reopen include full-size department stores in Birmingham and Watford, and four “At Home” shops in Croydon, Newbury, Swindon and Tamworth.

It is also closing two travel hub shops – at Heathrow, and St Pancras in central London. They’ve both suffered from the plunge in travel since the Covid-19 crisis began, badly hurting demand for flights and train journeys.

John Lewis says it will now enter consultations with around 1,300 partners who work at the eight stores:

“If redundancies are confirmed, every effort would be made to find new roles where possible for Partners who wish to remain within the Partnership. Opportunities could include transferring to local Waitrose shops or working for johnlewis.com and waitrose.com as they continue to grow.

“The Partnership has also made a commitment to provide support through a unique Retraining Fund, which will contribute up to £3,000 towards a recognised qualification or course for up to two years for any Partner with two years’ service or more.”

John Lewis adds that these shops were already struggling, before the pandemic accelerated the move to online shopping:

“Prior to the pandemic, the eight shops identified were already financially challenged and the pandemic has accelerated the switch from shopping in-store to online. Before the virus struck, 40 percent of John Lewis sales were online. This could now be closer to 60 to 70 percent of total sales this year and next.”