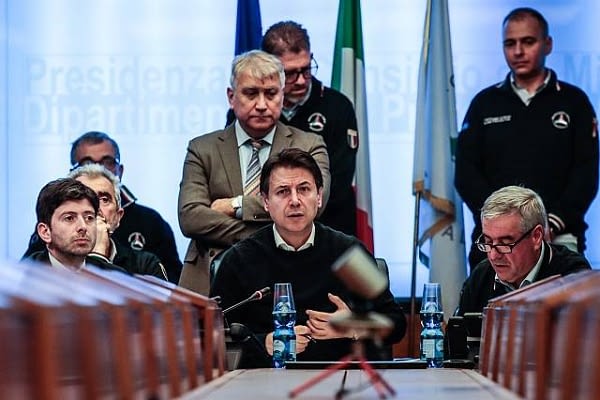 Furious Italians have taken to the streets protesting and clashing with police across Milan and Rome, demanding the country leaves the eurozone.

Protestors are also calling on Prime Minister Guiseppe Conte to resign immediately and are also demanding an end to the two months of lockdown restrictions.

Anti-EU placards saying “stop Euro” and “Italexit,” with other calling for the Euro to be removed with a “return to the Italian Lira.”

Former Carabinieri General Antonio Pappalardo, who is one of the founders of the Orange Vest movement led a protest in Milan.

Milan’s Mayor Giuseppe Sala slammed protesters on Twitter, as he denounced the rally as “an act of irresponsibility in a city like Milan that is trying so hard to get out of the difficult situation where it is.”

This comes after some protestors said that coronavirus “does not exist.”

The Mayor asked the protestors, “If tomorrow the infections will increase, who will be responsible?”

A regional coordinator of the protests, Renato Calcari said, “We ask for the end of the Conte government, the election of a new Parliament and a new head of state, and to end the ongoing health dictatorship.

“We also ask for the introduction of a currency, called the new Italic lira so we are able to support Italian families and businesses.”