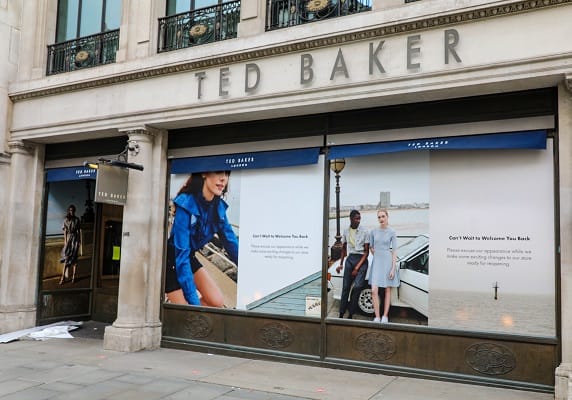 Is the UK high street seeing a post-covid revival?

The UK high street was one of the biggest sufferers of the Covid-19 pandemic with over 17,000 chain outlets closing in the UK across 2021, resulting in a net decline of 10,059. However, now it seems as though the UK high street is experiencing a post-pandemic revival. With the likes of covid travel tests now less prevalent than before in the UK, people and the high street are starting to get back to what they were pre-covid.

Sales back to pre-covid levels and higher

The UK high street was previously a British staple acting not only as a crucial hub for the local community, but also responsible for much of the local area’s employment. Data from the Office for National Statistics (ONS) showed that in 2018, there were 4.4 million people employed on British high streets, a figure which represented 14% of all employment.

According to recent analysis, high street sales have returned to even higher than pre-pandemic levels in the majority of areas across the UK (roughly three-quarters).

There is a clear consumer demand for high-street shopping with analysis from the Financial Times revealing that spending was up by over 10% compared to pre-pandemic levels across certain urban areas of the UK. Retail sales across the country reportedly rose by 1.9% in January alone and that was when there was a greater deal of Omicron scepticism.

Interestingly, the same phenomenon was not found in London, with sales at 10% lower than pre-pandemic levels.

According to survey data, in-person takings by retailers in the City of London were down by 55% when compared with the same months in 2020. This is due to much of London’s customer base continuing to work from home and others moving out of the city altogether.

In zone 1 of London, spending was 30% lower than pre-pandemic levels. Not only that, demand for online sales is clearly still high with a 9% increase from January 2020 to January 2022.

If the remote working trend continues, it is expected that money which would have been spent in city centres might instead be sent in the suburbs. There may also be an increased demand in these areas for services such as grab and go food, stationary stores and printing services, IT support services, lunchtime cafes, and even coworking spaces.

More than ever, people are looking to move out of busy cities and city centres with people looking for a quieter place to live and less of the hustle and bustle of city life. Google Searches for “sell a house fast” and “moving out of London” have increased in the last few years, with people very keen to sell up and move out of the busy cities such as London.

This does have a knock on effect for the high street with some high streets seeing lower footfall, particularly in once-busy city centres.

Rise of retail parks and warehouses

Additionally, soaring fashion sales have meant an increased availability of warehouse real estate across the UK. In fact, in just the first half of 2021, UK warehouse investment was a record £6 billion.

In addition to warehouses, there has been an increased demand for retail parks which became especially popular during the pandemic. The easy access offered by retail parks makes them a convenient and popular option for many shoppers.

What does the reinvention of the high street look like?

An analysis carried out by Deloitte was quick to point out that how the high street is reinvented will largely depend on local demographics and their social needs. For example, younger demographics tend to still be attracted to major shopping centres and the wide variety of leisure activities and retail that they offer. However, more ethically conscious shoppers will be focused on supporting independent brands and local producers.

Now more than ever, there is an opportunity for independent retailers. Following the demise of many major high street retailers, there is more commercial property available than before. Not only that, but there is a rising trend of socially conscious shoppers.

Subsequently, there is a gap for ethical businesses and independent produce stores. It is expected that around 18% of small retail businesses are currently looking at local community store openings, with the potential for 17,000 new store openings across UK high streets.