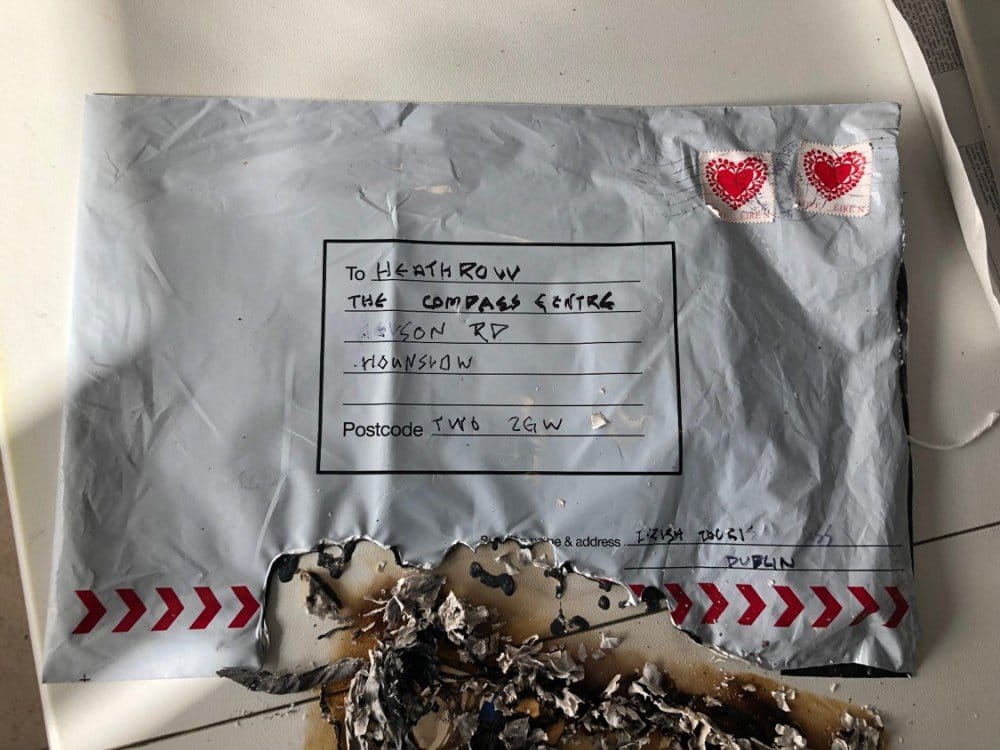 The IRA has claimed responsibility for the parcel bombs sent to major transport hubs last week, they said one parcel was meant for a “British army recruitment officer.”

The IRA alleged five explosive devices were sent to various address across the UK, but only four packages were discovered. Last week sorting offices across the UK were placed on high alert.

The Met's Counter Terrorism Command have released images of the suspect packages received at various locations across #London yesterday as the investigation into the devices continues. https://t.co/Ucmt4TB0gY pic.twitter.com/Y7jXIaFn7n

The Irish News newspaper received on Monday a recognised codeword.

According to the Irish News, “(The group) claimed that three were sent to ‘commercial targets’ while the remaining two were posted to British army recruitment officers.

“The group said a device discovered at Glasgow University was intended for a British army recruitment officer who works there.”

Police Scotland said a controlled explosion was conducted as a precaution, over a suspicious package found at Glasgow University mailroom last week.

All of the explosive packages were A4 size jiffy bags, they were capable of igniting a small fire once opened. No one was reported injured.

A Metropolitan Police spokesman said they are aware of the IRA’s claim, investigations are ongoing.

The spokesman said, “The Metropolitan Police and Police Scotland are aware of the claim of responsibility for the devices that were received at three buildings in London and at the University of Glasgow on March 5 and 6.

“Given the packages received last week bore similarities to devices sent in the past which were linked to dissident groups associated with Northern Ireland-related terrorism, officers were already looking at this as a line of inquiry.

“However, we continue to keep an open mind and inquiries continue.

“We are also aware that those claiming responsibility have indicated five devices were sent. At this time, only four devices have been recovered.

“Extensive advice has already been issued to relevant businesses and sectors to be vigilant for and report suspicious packages to police. This advice was previously sent to armed forces personnel and is being reiterated again in light of this claim.”

“We continue to urge the public to remain vigilant and report anything suspicious to police.”

Terrorist attacks damage local economies for up to two years...