Home Business News Get the sunblocks out: Britain set for hottest day of the year so far 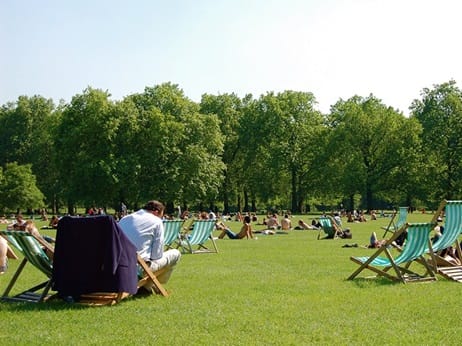 Get the sunblocks out: Britain set for hottest day of the year so far

Mercury is set to sizzle!

Temperatures are set to reach as high as 25C across Britain today, in what is expected to be the hottest day of the year so far.

The mercury is set to sizzle with 25C in the south-east, according to Met office, which is 10C higher than the UK average for 2018 so far.

Is the sun shining where you are this morning? We can see from the latest satellite picture that the best of the #sunshine is currently across southern parts of England & northern Scotland pic.twitter.com/dT5S7mgzLx

Yesterday was the warmest this year, with 69.6F (20.9C) recorded in Santon Downham, Suffolk, but the mercury is set to rise even further on Wednesday.

The Met Office meteorologist Mark Wilson said: “It’s going to be a pretty nice day. It will be a slow start in places, with cloud first thing. But by mid-afternoon, there will be lots of unbroken sunshine.”

Meanwhile, Saturday could see isolated showers, while there is ‘uncertainty’ about what Sunday’s weather.