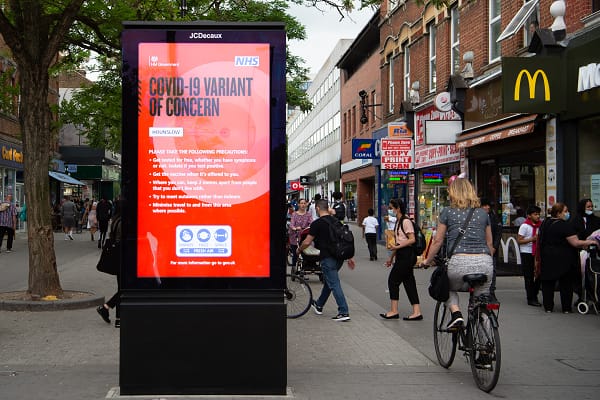 The UK has suffered the highest daily number of cases on Monday since 30 January, with 22,868 people infected in 24 hours.

On Sunday there were 14,876 cases which rocketed to 22,868 on Monday which has sparked fears that lockdown could be delayed.

On 30 January there were 22,275 cases reported in 24 hours and the Office for National Statistics figures show that 135,000 deaths have been registered in the UK.

Earlier today the Health Secretary, Sajid Javid said lifting restrictions in England as soon as possible is his “absolute priority” and once restrictions are over there will be “no going back.”

Boris Johnson said during a campaign visit to Johnstone’s Paints Limited in Batley on Monday, “I had a good conversation yesterday, a long meeting with Sajid Javid, the new Health Secretary.

“So we think it’s sensible to stick to our plan to have a cautious but irreversible approach, use the next three weeks or so really to complete as much as we can of that vaccine rollout – another five million jabs we can get into people’s arms by July 19.

“And then with every day that goes by it’s clearer to me and all our scientific advisers that we’re very likely to be in a position on July 19 to say that really is the terminus and we can go back to life as it was before Covid as far as possible.”