Home Business NewsBusiness F1 stars get behind the camera for charity 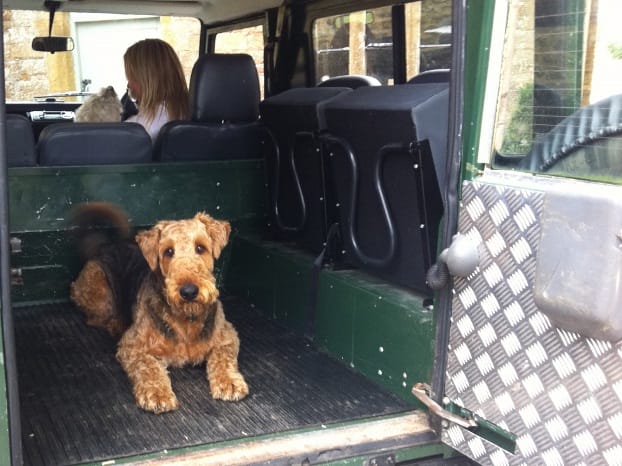 F1 stars get behind the camera for charity

Drivers’ photos under the hammer for Great Ormond Street Hospital

An auction is being held in the ballroom of the Wyndham Grand Hotel in Chelsea to raise cash. Eddie Jordan is the auctioneer, and swathes of the F1 glitterati are expected to attend.

For sale are pictures taken by the drivers, commentators and team principals.

The event is the brainchild of F1 journalist and analyst Christian Sylt. Mr Sylt is known on the circuit for his annual guide to the finances of Fomula 1, Formula Money. The book details every sponsorship deal, circuit fees, drivers’ salaries and breaks down team budgets.

Sylt tells us: “A while ago it occurred to me that although there are lots of charity auctions of signed photos of F1 drivers and their cars, they all tend to be very traditional. I thought that it would be far more interesting to turn the tables and auction signed pictures that the drivers had taken. I approached Bernie with the idea and he gave it his full support and official backing. I then got F1’s official charity Great Ormond Street Hospital involved and motorsport specialist auction firm Coys agreed to handle the sale.”

“The photos give a glimpse into the personal lives of the drivers and include world champion Sebastian Vettel’s view of the Alps whilst on a skiing trip, Bruno Senna’s favourite beach and British driver Lewis Hamilton’s view from the seat of his car in the pit lane. Some of the other pictures are of vineyards, villas, motorbikes and tractors so they are pretty diverse! The 50 photos were taken specifically for Zoom and have never before been released. Due to the international interest in many of the drivers Coys is incorporating its bidding system into the Zoom website so that fans from around the world can place bids.

“Publishing firm Dennis is producing a coffee table book of the photos which will drive even more revenue to Great Ormond Street.”

To whet your appetite, here a few of the photos going under Eddie’s hammer.

“This picture is of the back of my Land Rover Defender, which our dogs love to ride around in. Hugo, the Airedale in the back is particularly excited as you can see from his wagging tail even though he doesn’t know he’s going for a haircut!  Poppy, who is sitting in the front seat on the left unfortunately died in January this year but we still have her two boys Bernie and Flavio who get particularly car-sick especially when Beverley drives!”

“This is the mountain known as the Red Wall, in Vorarlberg in Austria. It’s an awesome view! I know the area really well. I went on my first skiing trip there with my family and my good friend, Joschi Walch, who ran the hospitality unit when I made my F1 debut and now has a hotel in the area. I love to go to the region on holiday and it really is a home away from home as F1 catering boss Karl-Heinz Zimmermann also has his Alpenblick restaurant nearby. I love it!”

Sebastian Vettel is the current World Champion, having won the championship in 2010 and 2011

“This picture of a tractor was taken in India last year. I took some holiday with my family after the Grand Prix and travelled round. Towards the end of the trip we stayed in a wilderness camp in Rajasthan and toured round some of the surrounding villages. Life there is humble with no televisions and simple homes. The people are happy, friendly but have a tough existence off the land, I thought this tractor epitomises those characteristics.”

“Welcome to my office! I thought it would be nice to get a shot of the cockpit of my car. It’s always a pretty amazing view; I never get used to being in a Formula 1 car, and I wanted to capture the fact that, while it’s very cramped inside the car, and that there’s a lot of action going on all around me, it’s the place where I feel more comfortable than anywhere else. It’s more of a second home than an office. The gloves on the wheel are like leaving your boots on the matt – a sign of being at home.”

“My photo features a very rare four-cylinder AJS of 1931 vintage which I took at the 50th Graham Walker Memorial Run, held at Beaulieu in August in honour of my father who died 50 years ago.”

“If I had to find a title for this picture, it would be very simple: ‘the office’. The cockpit of a Formula One car is a place where I feel completely at home, and everything is second nature. The experience is even more enjoyable at a driver’s circuit like this one, Suzuka, where you constantly have to challenge yourself and the car to go right to the limits.”

The greatest ever? Schumi is up there with Senna, Clark and Fangio

The Ecclestone interview – part 2: How Bernie seized control of F1