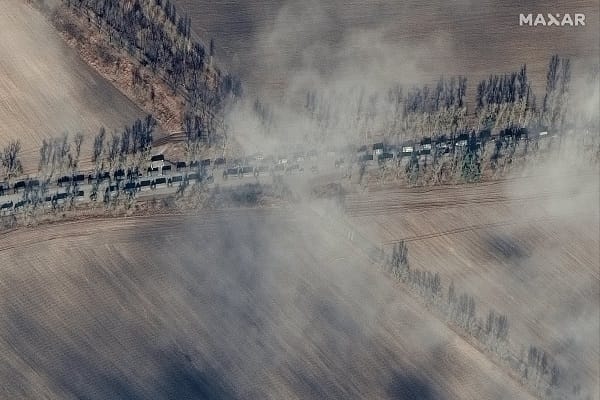 Eerie calm in markets despite war in Ukraine

The fairly calm mood in the markets seems at odds with the escalating conflict in the Ukraine as the FTSE 100 ekes out modest gains on Tuesday following progress in Asian markets.

Investors, like almost everyone else, have little insight into what happens next in Ukraine or how Russia might respond to what it perceives as provocations by the West.

“Usually in these situations the uncertainty sparks indiscriminate selling of stocks and shares, however for now the sell-off has been fairly contained,” said AJ Bell investment director Russ Mould.

“Late yesterday Shell followed BP’s lead of cutting its ties to Russia and it’s hard to see what the future is for Russian businesses listed in London which, as investments, look about as radioactive as some of the rhetoric coming out of the Kremlin.

“Gold miner Polymetal’s update on operations and resources reads like absolutely nothing untoward is happening, but the true story is told by a year-to-date share price down more than 70%.

“Gambling outfit Flutter Entertainment, a business you might have expected to be fairly insulated against geopolitical events, is running into its own problems.

“The punter has to win sometimes and Flutter has been hurt by a string of customer-friendly sporting results while investment in US expansion, which in fairness is crucial to future growth, and the costs of adapting to new regulation have tipped the business into a loss.

“Flutter does have exposure to Russia and Ukraine but this is relatively modest at tens of millions of pounds out of total revenue base of more than £6 billion.”