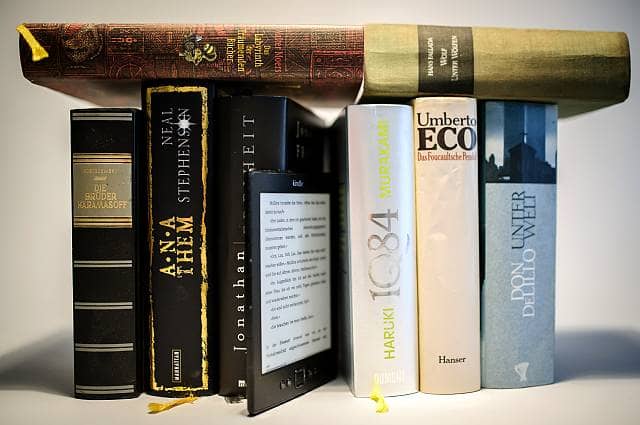 Why has there been a decline?

New figures reveal that ebook sales are falling whereas traditional paper books are seeing a sales increase, this shift it also being driven by younger generations.

More than 360m books were sold in 2016, this is a two per cent jump in a year that saw consumers spend six per cent more on books in print and ebook formats.

This is according to research from Nielsen in its annual books and consumer survey.

Sales through shops increased by seven per cent in 2016 whereas ebook sales fell by four per cent, its also the second year in a row that ebook sales have fallen.

Why has there been a shift? Its thought to be due to the explosion in adult colouring books, as well as high-profile fiction releases such as Harper Lee’s Go Set a Watchman.

The Publishers Association report read: “Readers take a pleasure in a physical book that does not translate well on to digital,”

Steve Bohme, research director at Nielsen Book Research UK, said: “We are seeing that books are a respite, particularly for young people who are so busy digitally,”

“Over the last few years we have seen a return to favouring print, partly from what is really successful, this year being non-fiction and children’s books,”