Home Business NewsFinance News Do banks have a future in the new world of finance-tech start-ups? 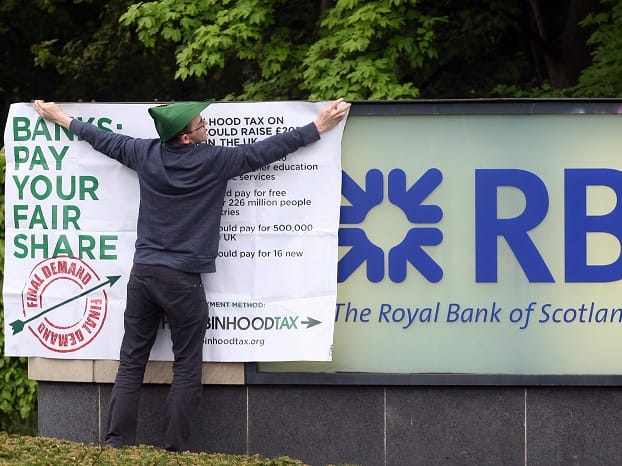 Do banks have a future in the new world of finance-tech start-ups?

I’m talking about the likes of Wonga, TransferWise, Funding Circle, to name but a few – though I haven’t just picked those three at random, as it happens. The founders of each convened this morning, along with Robin Klein, the big-shot tech VC of IndexVentures.com, for an Albion Society panel discussion from digital agency Albion London to ask: “What is modern money?”

The question is hugely relevant. Banks, as well as battling some of the severest public scorn any industry has faced over the last decade, are also struggling to keep up with feisty financial start-ups offering products that are more flexible, more readily available and cheaper to the customer than their traditional counterparts. Back in October, we wrote about a handful of the most innovative of these new financial services products shaking up the scene, and yesterday we ran an interview with Wonga founder Errol Damelin exploring whether his business could become the Facebook of finance.

Damelin this morning reiterated a point he had made in my interview with him: that he believes banking is about to undergo a shake-up as radical as the media industry. Klein agreed that financial services is about to be “re-imagined”. (“Re-imaging”, he said, was the new buzzword, replacing the long-loved “disrupting”.)

But Klein also pointed out that in “10 years or so you’ll see the re-emergence of the dinosaurs [i.e. the five big banks]”, in the same way as happened with e-commerce: initially the new contenders floored traditional retailers, but now the likes of John Lewis and Boots have fought back with superlative online offerings.

Interestingly, all the panel agreed that businesses like theirs did not spell the end of banks. There was a consensus that the UK very much needed a fairly traditional banking infrastructure to ensure the availability of cash, in the same way that we need transport and energy infrastructure.

But all also believed that disruptive entrepreneurs, including themselves, could provide better services in many situations. TransferWise, for example – whose co-founder Taavet Hinrikus we interviewed in April – provides peer-to-peer currency exchange at a rate far preferable to banks. Wonga offers short-term loans far quicker than banks can. Funding Circle lets businesses source crowd-funding, and gives anyone the opportunity to become an investor.

These businesses create more competition in a market that has looked the same way for centuries. As Samir Desai, co-founder of Funding Circle, pointed out, the vast majority of lending to small businesses is done by the same five banks. He said there was comparably more market choice in China than in the UK.

So how does your financial future look? If this discussion’s batch of companies are anything to go by, you can expect to start seeing a much more competitive and diverse financial services landscape, with providers fighting to offer you better, more efficient, more economical and more flexible service. In the next few years, that service might be coming from start-ups. In the following years, banks should start getting their act together and catching up.

Of course, there is the perennial problem of the statistical fact that bank customers are more likely to get divorced than to leave their current bank. But Damelin countered this by highlighting the difference between loyalty and inertia, citing low customer satisfaction scores among many of the big banks, and was confident that customers would start using new services once they realised the benefits.

And, as Albion managing partner and chief strategist Glyn Britton pointed out, Generation Y are just coming to the age where they begin using financial services as adults. As he said, they have only know a time when banks have been derided and grossly mistake-making. As the financial consumers of the future, they could shape this industry’s future to become something incredibly different to how we think of it today.

How entrepreneurs will reform the banks