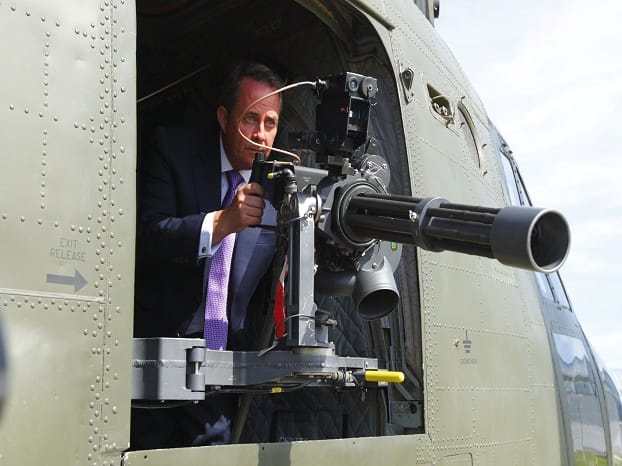 The review was commissioned by the Defence Secretary Gavin Williamson after he launched the Modernising Defence Programme (MDP) to strengthen the Armed Forces in the face of intensifying threats, alongside the Prime Minister and the Chancellor.

The independent review of defence’s contribution to national economic and social value by Philip Dunne looks right across the Armed Forces and industry to provide an in-depth picture to inform proposals for reform into the MDP.

“Philip Dunne’s review shows how vital defence is, not only protecting us from global dangers and safeguarding our national prosperity, but also to our economy by creating thousands of specialist and highly-skilled jobs and creating billions in exports.

“He paints a clear picture of how defence and defence industry reaches every corner of the UK and is central to employment in so many cities and towns.

“He lays down some key challenges to consider as our Modernising Defence Programme continues to ensure defence is the best it can be in a post-Brexit Britain.”

The report also includes a number of recommendations for review, including: further research into the impact of significant procurements on national prosperity; building on the strong relationships with industry suppliers; and considering how the UK’s world-leading institutions could be given greater entrepreneurial freedoms.

London plays an important role in UK Defence providing over 9,000 regulars and reserves to the Armed Forces, supporting over 7,000 industry jobs and drawing over a million visitors to military-themed museums every year.

The capital city benefits from MOD expenditure of £160 per person each year and a huge investment in local industry and commerce of £1.4 billion. The largest MOD industry group expenditure in London is with technical, finance and other business services totalling £568 million. Key suppliers include Airbus, BAE Systems, Boeing, Capita, MBDA and Ultra Electronics.