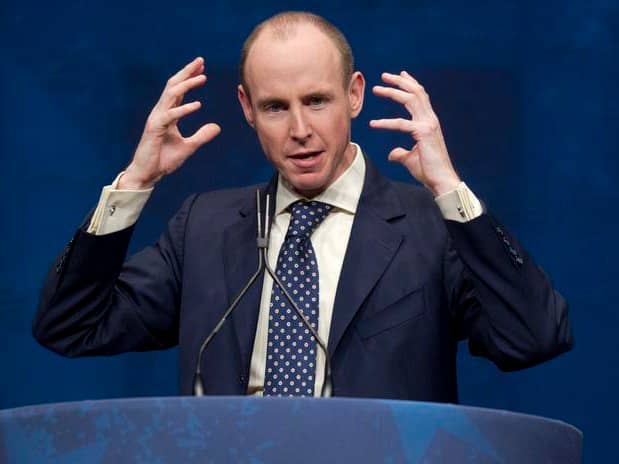 Dan Hannan: Switzerland and Norway prove we can leave the EU

We would still enjoy free trade and all the benefits, but with none of the costs of membership argues the Tory MEP

What is the alternative to EU membership? We could do worse than to begin with some of the existing options. Several countries are part of the single market without being full members of the EU, ranging from the Channel Islands and Liechtenstein to Iceland and Turkey. While each has its own particular deal with Brussels, all have managed to negotiate unrestricted free trade while standing aside from the political institutions.

Consider, as an example, Switzerland. The Swiss rejected membership of the European Economic Area – intended as a precursor to full EU membership – in a referendum in December 1992. Although almost all the political parties had campaigned for a ‘Yes’ vote, they accepted the verdict, and set out to negotiate an alternative arrangement with the EU. Over the next three years, they negotiated a series of sectoral accords covering everything from fish farming to the permitted size of lorries on highways. More recently, they also signed up to the EU’s passport-free area, the Schengen Accord, which the UK and Ireland have declined to join.

The result of these negotiations is that the Swiss have all the advantages of commercial access without the costs of full membership. The issue has, in consequence, disappeared from the political agenda there. Switzerland participates fully in the four freedoms of the single market – free movement, that is, of goods, services, people and capital, but she is outside the Common Agricultural and Fisheries Policies and pays only a token contribution to the EU budget. It is true, of course, that Swiss exporters must meet EU standards when selling to the EU – just as they must meet Japanese standards when selling to Japan. But they are not obliged to apply every pettifogging Brussels directive to their domestic economy.

Daniel Hannan made his name with explosive speeches in the European Parliament, including the 2009 Spectator Speech of the Year in which he excoriated Gordon Brown for a decade of overspending. The speech has been viewed more than 2 million times on YouTube. Hannan is also known for his writings on William Shakespeare; he says “if my hits didn’t fall by 80 per cent when I blog about Shakespeare, I’d write of little else.”

Here he explains the madness of addressing debts through inflation

Critically, Switzerland is also free to sign trade accords with third countries, and often does so when she feels that the EU is being excessively protectionist. Britain, by contrast, is bound by the Common External Tariff, and is often prevented from adopting a more liberal position by the interest of a cosseted producer elsewhere in the EU. When the EU engages in bra wars with China or shoe wars with Vietnam, it is usually for the sake of protecting industries in Southern Europe. The United Kingdom is perforce drawn into these disputes; Switzerland is not.

Here, though, is the clinching statistic. In 2010 the Swiss exported four times as much per head to the EU as the British did. So much for the notion that our exports to the Continent depend on our participation in the EU’s institutional structures.

Might the other member states discriminate against our exports if we left? Hardly. We would still be covered by World Trade Organisation and, indeed, European Economic Area rules. More to the point, Britain’s trade with the EU, which was in surplus before we joined, has been in deficit during 37 of the 38 subsequent years. In 2010, the last year for which full figures are available, Britain ran a deficit of £52.4 billion with the EU, but a surplus of £15.7 billion with the rest of the world.

“Supporters of the EU invariably conflate political participation with access to the European market. Many seem to have convinced themselves that the two things are identical”

Our trade deficit is not in itself, of course, a reason to leave the EU. But it gives the lie to any notion that the other members would seek to restrict the cross-Channel commerce from which they are the chief beneficiaries. In any commercial transaction, the customer tends to have a stronger position than the salesman.

Britain should maintain her trade links with the Continent, her intergovernmental co-operation and her military alliance. We cannot but be interested in the affairs of our neighbours. At the same time, though, we should raise our eyes to more distant horizons and rediscover the global vocation that our fathers took for granted.

I have noticed, when debating this question over many years, that we often engage in a dialogue of the deaf. Supporters of the EU invariably conflate political participation with access to the European market. Many, indeed, seem genuinely to have convinced themselves that the two things are identical.

It is worth stressing that no one – no one – is suggesting that Britain should disengage from European trade. Withdrawal from the EU does not imply withdrawal from the European market. Indeed, under Article 50 of the Lisbon treaty, the EU is obligated to negotiate a commercial accord with any state that leaves.

Some protest that, while this might be the legal position, an acrimonious split could leave the EU looking for ways to erect unofficial non-tariff barriers against British trade. Why on earth should it want to do so, though, when the balance of such trade is overwhelmingly to the advantage of Continental exporters? Over the past 40 years, Britain has run a cumulative trade surplus with every continent on the planet except Europe. Between 2005 and 2010, the EU accounted for 92 per cent of our total trade deficit. It is hard to imagine that other EU states would wish to prejudice their trade with what would be, by a long way, their single biggest export market.

As for the idea that we are too small to survive on our own, it rests on a misconception. The most prosperous people in the world tend to live in tiny countries. In the global wealth league table, the ten states with the highest GDP per capita all have populations below seven million. What matters to a modern economy is not its size, but its tax rate, its regulatory regime and its business climate. One of the reasons the EU’s GDP is shrinking as a proportion of world GDP is that deeper integration means less competition among the member states, which in turn means higher taxes and more regulation.

Too small to survive? Britain is the seventh largest economy in the world, the fourth largest military power and the fourth largest exporter. It is a member of the G8 and one of five members of the UN Security Council. It enjoys close links to America and the Commonwealth (which, unlike the EU, is growing impressively). If seven million Swiss and four million Norwegians are able, not simply to survive outside the EU, but to enjoy arguably the highest living standards on Earth, surely sixty million Britons could manage.

British voters have worked this out for themselves: public opinion has turned against EU membership. Having been told that the EU is essential to their prosperity, they moved solidly against it once that argum
ent lost its force. It has been more than ten years since any opinion poll offering a straight In/Out choice registered a pro-EU majority.

The odd thing is that, as the argument has moved on to economic territory, supporters of the EU have shifted their ground. It is not really about trade after all, they say. Rather, it is about having influence in the world.

All right, then. At the risk of stating the obvious, you have a more influential foreign policy when you have a foreign policy in the first place. Again, consider the EFTA states, Switzerland and Norway. The fact that Switzerland is not in the EU does not seem to have deterred the World Health Organisation, the International Olympics Committee, the International Labour Organisation, FIFA or hundreds of other global bodies from basing themselves on Swiss soil.

Norwegian diplomats are arguably the most proportionately influential in the world, having played a role in peace talks in Sudan, South-East Asia, Sri Lanka and Israel–Palestine.

I remember talking to the Norwegian ambassador to London in 1994, just after his country had voted against EU membership. ‘Before the referendum,’ he told me, ‘we were treated as a kind of extra EU state. I’d be invited everywhere with the other fourteen ambassadors, and often I wouldn’t even get the chance to speak. Since the “No” vote, people have had to deal with me again.’

Britain has eight times the population of Switzerland and twelve times that of Norway. The idea that we maximise our influence by contracting it out to the EU institutions simply does not stand up.

Why we must stop referring to the EU as “Europe”