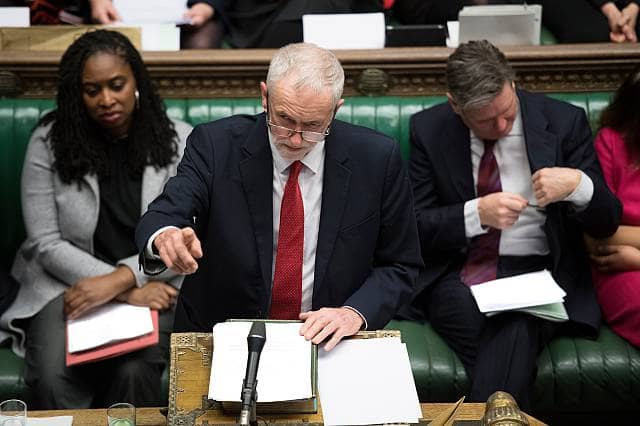 Corbyn hits out at May over ‘due diligence’ into Seaborne contract

Corbyn pressed May over the contract, and May insisted “proper due diligence was carried out” in to the start-up ferry company, that actually has no ferries.

Chris Grayling the transport secretary, who scrapped the £13.8m contract with Seaborne has faced calls to resign.

The ferry company’s capabilities were called into question when it became apparent the firm had no ferries. Arklow shipping which backed the company financially pulled their support over the weekend.

On Monday Grayling said that “not a penny of taxpayer’s money has gone or will go to Seaborne,” Labour accused the government of misleading Parliament as they have not revealed the consultation costs on the Seaborne contract.

Although May told MPs Wednesday afternoon, “there would have been a cost attached to this process, regardless of who the contracts were entered into with.”

A report by the National Audit Office (NAO) released a report on Monday that found the Department for Transport spent “approximately £800,000” of tax payers money on external consultants, as Mott MacDonald, Deloitte and that law firm Slaughter and May were hired.

However, the financial stability of Seaborne Ferries “robustness” was not undertaken.

Corbyn said, “I’m really impressed that the Prime Minister can keep a straight face while she said due diligence was carried out” in relation to the Seaborne contract.

“The spectacular failure of this contract is a symptom of the utter shambles of this government and its no-deal preparations.”

The NOA said, “The standard tests could not be completed on Seaborne given a lack of existing financial information due to it only being incorporated in April 2017.

“Deloitte therefore did not make a formal assessment of Seaborne financial stability.”

Monday, Eurotunnel which operates the Channel Tunnel said they are taking the British government to the High Court over how ferry contracts were awarded, one of which had no ferries, Seaborne.

The contracts that transport secretary, Chris Grayling, awarded are worth £108m. According to the Channel Tunnel these were awarded through a “secretive and flawed procurement process.”

The Department for Transport (DfT) argues the “extreme urgency” of preparations for the UK’s Brexit departure justified their process.

Daniel Beard QC, the barrister representing Eurotunnel said at a hearing on Monday, that the procurement process for “additional capacity for transport of goods across the English Channel” was “undertaken without any public notice being issued.”

Beard told Justice Fraser that two of the three companies the contracts were awarded to are already in “in the business” of providing cross-channel services.

However, Beard went on to say that Seaborne Freight had “apparently intended to do so” prior to the “collapse” of the DfT contract this weekend.

Graylings defence QC, Ewen West said the procurement process was just for “maritime freight,” therefore Eurotunnel “could never have provided that capacity” and “could not have complied” with contract terms.

Justice Fraser has ruled a four-day trial will be expediated for the “obvious” urgency and the “very important public interest matters” involved.