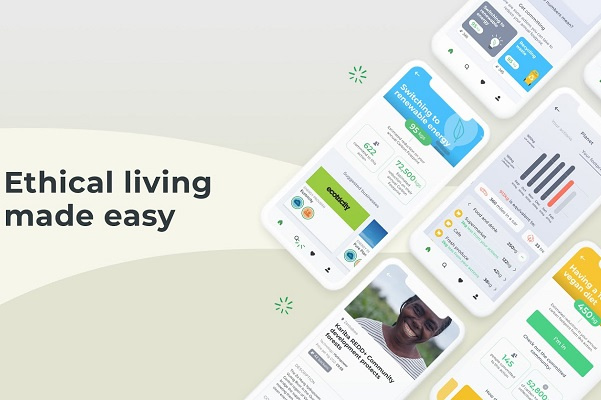 Following confirmed partnerships with Westpac New Zealand and a soon-to-be-announced UK bank, the free-to-use CoGo app has now raised over £4m in investment as it aims to cement its position as the essential ethical and sustainable living platform by using funds to accelerate growth in the UK and New Zealand.

Against the backdrop of the global coronavirus pandemic, CoGo has just closed a significant amount of investment in 2020, taking the company’s total investment to date to over £4m, ensuring that CoGo will continue to quickly drive a conscious consumer revolution at scale.

With offices in Wellington and London, CoGo has received the majority of its backing from individuals looking to use their capital as a force for good. Their 150+ industry-spanning shareholders include Richard Collier-Keywood (former Global Managing Partner, PwC), Mark Sainsbury (Co-Founder of the Sustainable Restaurant Association and Founder of Zetter Group), Jason Stockwood (Founder, Simply Business and Trustee, BLab), Andrew Thorburn (former CEO, National Australia Bank), and James Watt (CEO, BrewDog).

In the recently published Capgemini World Wealth Report 2020, more than a quarter of high-net-worth individuals – those with investable assets of £1m or more – said they were interested in sustainability-focused companies. That figure rose to 40% for those individuals with £30 million or more to invest.

While most of these investments are channelled into publicly listed companies through asset managers, the investment of £4m in CoGo bucks the trend and reflects a change in strategy from investors who are seeking companies structured to deliver financial return alongside a positive social or environmental impact and signifies a growing interest in direct investment into start-ups.

“After over 30 years in banking, I’m now committed to helping companies that deliver a positive social or environmental impact. The world is facing major challenges, and our investments and leadership can either solve or contribute to these issues. I know what side of the fence I’m on.” Thorburn said.

Environmentalist, entrepreneur and former Senior Economist at the New Zealand Treasury, CoGo CEO and Founder Ben Gleisner is the driving force behind the fundraising efforts to date.

“As a company with sustainability and ethics at its core, it is refreshing to see such interest in CoGo against the horizon of these uncertain times,” said Gleisner.

“We have big ambitions for CoGo. Our five-year plan is to have more than 100 million people using our app and to be valued at £1b, however, our commercial targets are also intrinsically linked to the understanding of urgency and empathy required to tackle the climate crisis. Our ultimate goal is to become an essential tool for everyday people as we strive towards the ambitious climate action that is needed.”

A powerful eco-conscious conduit and one-stop-app for people and the planet, CoGo is designed to make ethical living easy by analysing the banking data of its users to inform them how aligned their spending is with issues they care about. Features of the app include a personal Carbon Footprint Tracker, which calculates and encourages users to reduce their carbon footprint, and a Living Wage Wallet – which provides data on the proportion of spending users are making with businesses that pay their staff a Living Wage.