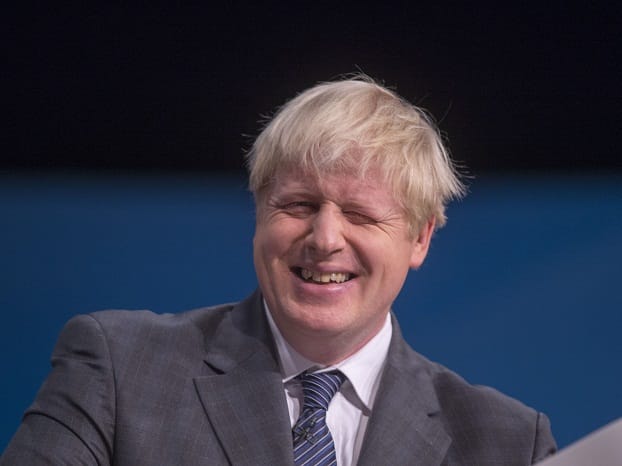 Under the blonde Mayoral mop is a razor-sharp wit

From getting stuck on a zipwire to doing the Mo-bot and the Spice Girls routine, London Mayor BoJo never fails to entertain us with his mojo.

But with all due respect to the 2,000 British adults who took part in the poll to mark the start of TV channel Dave’s Leicester Comedy Festival, we think BoJo should be given more due for his wisecracks.

Don’t believe us? Take a look at these quotes:

“I think I was once given cocaine but I sneezed so it didn’t go up my nose. In fact, it may have been icing sugar.”

“It’s chicken feed. I don’t see why I shouldn’t knock off an article… if someone wants to pay me, then that’s their lookout.”

“I love tennis with a passion. I challenged Boris Becker to a match once and he said he was up for it but he never called back. I bet I could make him run around.”

On how to vote

“Voting Tory will cause your wife to have bigger breasts and increase your chances of owning a BMW M3.”

“My policy on cake is pro having it and pro eating it.”

On the Liberal Democrats

“The Lib Dems are not just empty. They are a void within a vacuum surrounded by a vast inanition.”

“I love swimming in rivers, and well remember once jumping in at Chiswick.”

On using a mobile phone while driving

“I don’t believe that is necessarily any more dangerous than the many other risky things that people do with their free hands while driving – nose-picking, reading the paper, studying the A-Z, beating the children, and so on.”

“My chances of being PM are about as good as the chances of finding Elvis on Mars, or my being reincarnated as an olive.”

Do the Mo-bot with the Mayor

If I was Boris Johnson I would…