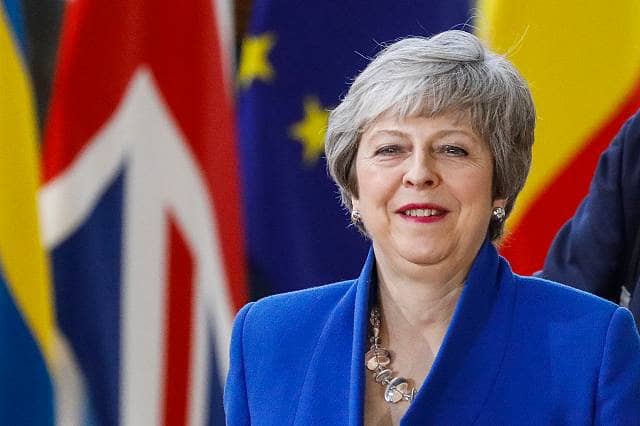 Business reacts to a second Brextension

The UK now has a second delay to Brexit, and business leaders have urged this must be used to end the “chaos” the UK faces.

The new Brextension to Article 50 that was agreed by the prime minister and EU leaders to remove the threat of a no-deal Brexit.

The new extension is until 31 October, Halloween and Westminster has warned of a “disaster” over confidence across the UK if MPs squander the extra time given and fail to find a resolution.

Carolyn Fairbairn, director-general of the CBI, tweeted: “This new extension means imminent economic crisis has been averted, but it needs to mark a fresh start.

“For the good of jobs and communities across the country, all political leaders must use the time well. Sincere cross-party collaboration must happen now to end this chaos.”

Dr Adam Marshall, director general of the British Chambers of Commerce (BCC) said, “With less than 48 hours to go, the prospect of a messy and disorderly exit on Friday has again been averted. Businesses will be relieved, but their frustration with this seemingly endless political process is palpable.

“For most businesses, the ‘flextension’ agreed by the European Council will be preferable to deadlines that are repeatedly moved forward at the last possible moment.

“This extension buys Parliament some time to come to a consensus, but they can’t afford to squander it. Politicians must urgently agree on a way forward. It would be a disaster for business confidence and investment if a similar late-night drama is played out yet again in October. Our businesses and our communities need answers to plan for the future, and the government must return its focus to pressing domestic issues, which have been ignored or marginalised for too long.

“In the event that the Withdrawal Agreement is passed by Parliament, businesses need a clear timetable and fair warning of the UK’s planned exit date, particularly those trading in countries where the UK has not yet finalised much-needed trade continuity agreements.”

David Frost, chief executive, London Chamber of Commerce and Industry (LCCI) said, “Many businesses will be relieved that the Government has persuaded the EU to avoid a sudden Brexit tomorrow night.  Indeed, as a former EU negotiator myself, I do not underestimate how difficult it will have been to convince the EU to continue to put their trust in the UK political process.  But last night’s decision comes at the price of even greater uncertainty.

“There is no longer a fixed date for our exit from the EU at all.  It now depends on the vagaries of our Parliamentary process and, potentially, on the European Council’s own review of the situation in June.  All this makes planning even more difficult for businesses.

“Moreover, a no deal exit is still possible at the end of October and whether it happens is not entirely in the Government’s hands.  So, it is important that the Government continues to provide practical help to ensure firms can be ready.  We at the LCCI are doing all we can to assist.

“One specific measure the Government could consider to help businesses would be to proactively issue EORI numbers to all VAT-registered traders, rather than wait for every company to register individually.”

Catherine McGuinness, policy chair at the City of London Corporation said, “Sustained uncertainty is leaving business with its hands tied, reluctant to make everyday decisions on recruitment, expansion, and investment. While we welcome the avoidance of a catastrophic no-deal Brexit for now, a long extension should not mean we continue to kick the can down the road.

“Day by day, as uncertainty persists, so does the threat of more businesses moving jobs and operations away from the UK.  It is vital that politicians in the UK and EU come together to agree a withdrawal deal that puts people and business first and provides much needed certainty.

“Only then can we move on to the critical negotiations around our future relationship with the European Union. This should involve securing maximum market access, keeping Britain open to global talent and developing a framework for the UK to prosper in the years ahead. Above all, we must recognise the vital contribution of the services sector to a thriving economy.”