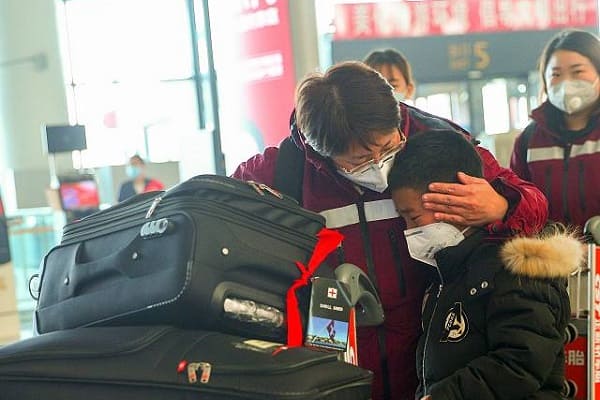 British citizens are being refused entry into Europe since the end of the Brexit transition period as the UK is no longer exempt for travel.

Since leaving the EU the UK has now been removed from the Blocs exempt rule, and all non-essential visitors are being turned away, even those who live or have a second home in Europe.

Border officials in France, Spain, Germany, Sweden and the Netherlands have all refused entry to Brits as their trips to Europe were all deemed non-essential travel, and their negative Covid PCR tests were all rejected.

Brits who attempted to fly from the UK to Spain and Germany were not allowed to board their flights as their residency papers are no longer valid since leaving the EU.

Other Brits who tired to travel to the Netherlands on KLM flights were faced with the same reasons, and six passengers who did arrive at Gothenburg airport were kept in “jail like conditions,” by border officials despite having negative Covid tests.

A school teacher, Gina Smart said she was detained for over 24-hours and was told that despite her having a negative Covid test, it was not conducted by an authorised provider.

Smart who is applying for Swedish residency was left to sleep in an empty waiting room and was denied food and water.

She added, that border officials were rummaging through her luggage. She asked them, “Why are you doing this?’ And they said, ‘because you’re like every other country now, like Turkey’.”

“I don’t think that refugees would be treated like this.”

Gendarmerie spokesman Robert van Kapel said, “They all had a negative PCR test, but they forgot the basic rule that it must be a necessary trip, for example for work or due to serious personal circumstances.

“People from safe countries are allowed to pass, but the UK is certainly not a safe country right now.”