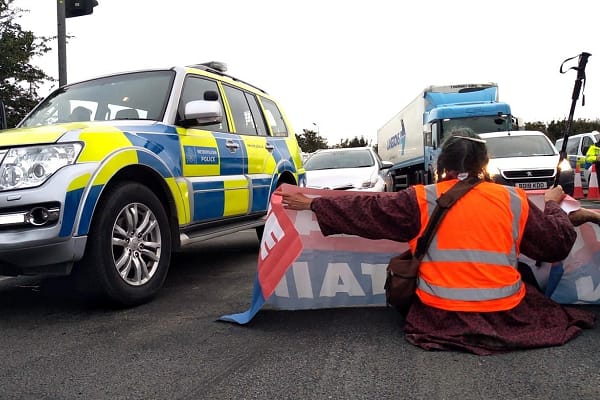 British taxpayers will be paying a “staggering” £4.3m as the police attended many Insulate Britain roadblocks.

The Metropolitan Police spent £4m dealing with their antics between September and November as 6,651 officers and staff where involved which came to £3.1m, with £600,000 was spent on vehicles and overtime totalled £300,000.

A further £300,000 was spent in overtime costs with Hertfordshire, Surrey, Greater Manchester and City of London police forces.

Shapps said, “I am appalled at the amount of time and public money that’s been spent policing the selfish actions of Insulate Britain.

“Not only did their guerrilla tactics wreak havoc on our roads and inflict misery to thousands of motorists, but they diverted our emergency services away from vital work, costing the UK taxpayer millions in the process.”

Met Police Federation chairman Ken Marsh called the cost “staggering” and said, “Unfortunately we have to police what’s put in front of us.

“It’s disgusting that we’re having to spend that sort of money on these protests.”